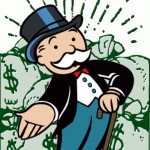 I got two items in my inbox telling me how stupid liberals are. I read the articles in question and find myself wondering instead how stupid conservatives are.

The first is from the NY Post: Sorry, liberals, Scandinavian countries aren’t utopias. Did anyone say they were? By comparison, maybe, but already we have a straw man right in the title. They complain that obviously Denmark is a failed state because they have much higher taxes than America. Why, yes, no one claims that we can magically get better services for free. But then the rest gets downright embarrassing: Danes are less sexy and macho, they have high suicide rates, they aren’t a wonderful tourist destination (What? They’ve never heard of Copenhagen?), there aren’t as many really rich and really poor people, and everyone is middle class — no tall poppies allowed. And they are all about equality and sharing.

So Danes operate on caveman principles — if you find it, share it, or be shunned. Once your date with Daisy the Sheep is over, you’d better make sure your friends get a turn. (Bestiality has traditionally been legal in Denmark, though a move to ban it is under way. Until recently, several “bestiality brothels” advertised their services in newspapers, generally charging clients $85 to $170 for what can only be termed a roll in the hay.)

Hmm. Denmark might want to sue for defamation there.

We have a few Danes who read this site. They might want to chime in: I think they’ll tell you it’s not a perfect country, because no country is, and that some of the criticisms might be on the mark, but that the article ignores all the virtues of Scandinavia…or pretends that some of the virtues are horrors.

The second article is from Young Conservatives: San Francisco Raises Minimum Wage 14%, Guess How Chipotle Responded?. Is it that hard to guess? Chipotle raised their prices to compensate. This is somehow supposed to be a surprise to liberals, who are clueless about the idea that better services might cost more…as the sad conservative at the NY Post thought.

Liberals seem to think money just magically appears in a business owner’s hands, dropped in big, brown sacks marked with a dollar sign on them by unicorns and pixie fairies, and the reason these people don’t pay employees is to horde their treasure like Smaug from The Hobbit.

Sorry to destroy your fantasy world, Mr. Liberal, but that isn’t how this works.

You see, businesses rely on profit to survive. Much of the money a company makes goes toward paying the cost of keeping the doors open, leaving a small percentage for the owner to pocket as personal income.

If you raise the minimum wage, you’re adding to the cost of running the business, leaving less money to keep the company open, and less for the owner to live on.

In order to make up for the loss in revenue, a business either has to fire employees, raise prices — like Chipotle — or both.

Of course, it’s also not a perfect result, because it’s shifting money from the middle class to the poor, rather than from the rich — the kind of people who own a Chipotle franchise — to the poor, but it’s a reasonable first step to help people out of poverty, or to help poor workers feed their kids.

You might be surprised, Mr Conservative, that liberals actually do understand that it costs money to build infrastructure and ease inequity. Boy, are you in for a shock when you realize that the liberals actually think the top 1% ought to be paying more for the benefits of society!