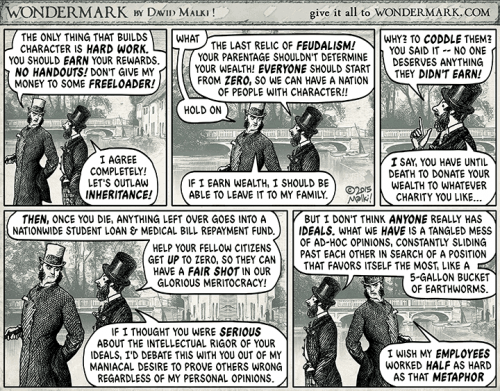 I could go for a massive inheritance tax, as long as provisions were made for marriage (we made this money together) and disabled children. Republicans would happily go along with it, right?

Another moment for the history books » « Friday Cephalopod: Love is like a rainbow