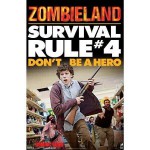 The existing rules aren’t working, so they’re going to get revamped. In particular, everyone pretty much ignores section V, especially this bit:

2. Justice is more important than civility. But aspire to be charitable at first.

That’s been annoying me for some time now, and it’s time to refocus and re-emphasize, so that means the whole thing is going to re-written.

It’s not easy, though, and I’ve been struggling with it a bit. I know some things are definitely going to happen: Thunderdome is going to die. It was intended to be a sinkhole for viciousness that kept it out of everywhere else, but it’s simply not doing the job — instead, the lack of targets there means people go hunting for trouble on the rest of the blog. So this is absolutely the last iteration of that thread.

I’m going to replace it with some sort of news thread, since the ongoing discussion about race and justice that began with a thread about Ferguson is still going strong. So instead of a “here’s where it’s OK to shred annoyances” thread, it’ll be a thread about “here’s where you should share information about injustice” thread.

Otherwise though, I have to smack around some bad habits and attitudes that have been growing around here. Before I lay down the new laws, though, I’m going to give you all a chance to make some proposals yourself. Keep in mind that one problem is a kind of hostile cliquishness that I want to disrupt rather than reinforce, so don’t approach it with the attitude of adding to the privilege of the regulars. We need to make the place a little more welcoming to new people, and less likely to turn into an episode of Game of Thrones.

I think someone confused “traumatizing” with “informative” » « Something light