Look at this abomination, the product of godless manipulation by farmers, turning it into a nightmarish version of its pure, natural, original form. 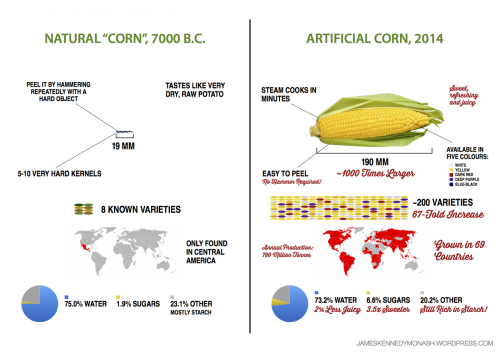 And if you think that’s bad, you should see the mad genetic tinkerers did to peaches and watermelon! Eeeeeviiiiiilllll.

Templeton still trying to subvert science » « Has Comma forgotten us?