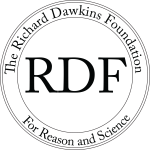 Brown has always been a strident defender of religion, and over the years he’s said a lot of incredibly stupid things. But now I have to partly agree with him on this problematic Cult of Dawkins. This is getting embarrassing.

At the RDF website, there is a fundraising page. Fundraising is fine, organizations do have to do that, and so I don’t chide them for having a necessary function on the web; but I do criticize them for two things. What the money is for, and how they are raising it.

Here’s Brown’s commentary on it:

My man in the pub was at the very low end of what believers will do and pay for: the Richard Dawkins website offers followers the chance to join the ‘Reason Circle’, which, like Dante’s Hell, is arranged in concentric circles. For $85 a month, you get discounts on his merchandise, and the chance to meet ‘Richard Dawkins Foundation for Reason and Science personalities’. Obviously that’s not enough to meet the man himself. For that you pay $210 a month — or $5,000 a year — for the chance to attend an event where he will speak.

When you compare this to the going rate for other charismatic preachers, it does seem on the high side. The Pentecostal evangelist Morris Cerullo, for example, charges only $30 a month to become a member of ‘God’s Victorious Army’, which is bringing ‘healing and deliverance to the world’. And from Cerullo you get free DVDs, not just discounts.

But the $85 a month just touches the hem of rationality. After the neophyte passes through the successively more expensive ‘Darwin Circle’ and then the ‘Evolution Circle’, he attains the innermost circle, where for $100,000 a year or more he gets to have a private breakfast or lunch with Richard Dawkins, and a reserved table at an invitation-only circle event with ‘Richard’ as well as ‘all the benefits listed above’, so he still gets a discount on his Richard Dawkins T-shirt saying ‘Religion — together we can find a cure.’

The website suggests that donations of up to $500,000 a year will be accepted for the privilege of eating with him once a year: at this level of contribution you become a member of something called ‘The Magic of Reality Circle’. I don’t think any irony is intended.

First, though, I have to wonder where some of this is coming from: the RDF site does not include those last two “circles”, and searching the web I only find a few sites mentioning them, possibly satirically. But just the Darwin Circle, in which he’s asking $5000 to $9999 annually (and it does imply there are other circles at the $10K and above boundary) is bad enough. If I’m shelling out $5 a month, let alone $420, I want to know what I’m accomplishing with that investment.

For that money, I would get a discount at the Richard Dawkins store, and two tickets per year for an event in which I’d get to meet Richard Dawkins. I’m sorry, I like the guy personally (and I know many here gnash their teeth at that), but I also disagree with him on many issues, and I don’t idolize him sufficiently to find that sufficient inducement to cough up that much cash. There a lot of scientists I like more, and they don’t do the equivalent of selling autographs at meetings. That degree of narcissism is repellent.

Now if I thought this was simply using his reputation in a good cause, I’d be willing to overlook it — if his name can raise buckets of money for a worthy purpose, more power to him. But just try figuring out what the RDF does.

Founded in 2006 by Richard Dawkins, the foundation’s mission is to realize Richard’s vision to remove the influence of religion in science education and public policy, and eliminate the stigma that surrounds atheism and non-belief.

I agree with that! But this is an organization with lots of money. You have to be more specific. What are you doing to remove the influence of religion in science education? Lobbying? Giving science teachers better tools? Scholarships for secular educators? Where does all the Dawkins Circle money go?

The foundation focuses on alarming statistics.

That’s just stupid. Apparently none of the money is going to pay competent copy writers.

The Richard Dawkins Foundation sees its job as nothing less than changing America’s future.

Ambitious! But tell me how. I mean, I write and speak about the perils of religion on no budget and far less of a reputation that Dawkins; I get the impression that the purpose of the RDF is to pay for the travels of Dawkins and his entourage, and that’s not enough.

Ten years ago, I was enthused to have a godless secular organization dedicated to science around — I could imagine that someday I might have enough money to actually donate to a charitable group regularly (my imagination was pretty good, it’s getting less expansive as the reality of the salaries in my profession sink in), and the RDF was a potential site. Not now, though. There are a lot of reasons that I’d put it near the bottom of my list.

Ultron spoilers! » « Today is the last day of classes