The Oakland Tribune was pitch perfect. 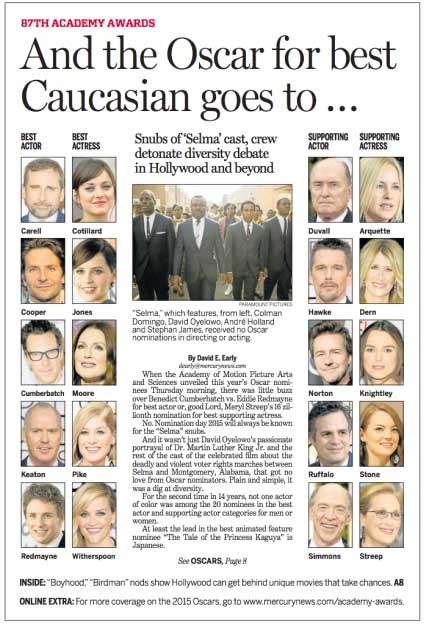 It’s OK, though, because they are all deservedly the best — there were no brown-skinned people performing in any way in any movie at any time in the past year. Right?