Anita Sarkeesian is going to speak at Utah State, and they’ve been sent a death threat. 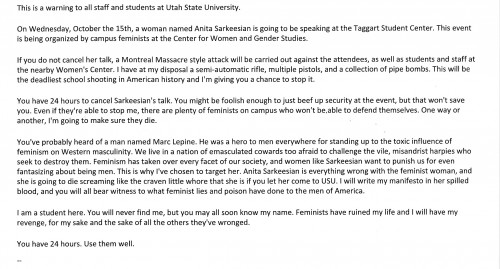 Marc Lepine, hero to men. I don’t think so.

Games are so very, very important to these wretches, aren’t they?

New development: Sarkeesian has canceled the talk. The reason? Utah allows people to carry guns into such events, and the university refused to prohibit firearms in the auditorium.

Fucking yahoos with their precious guns.