Here, have a nice comic that explains the situation in Lake Erie. 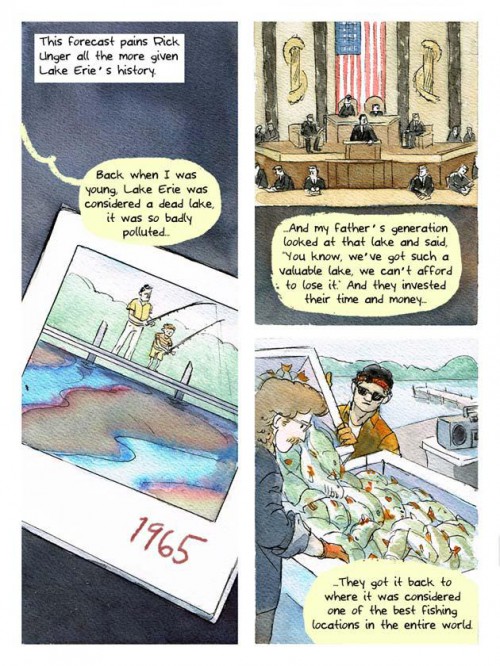 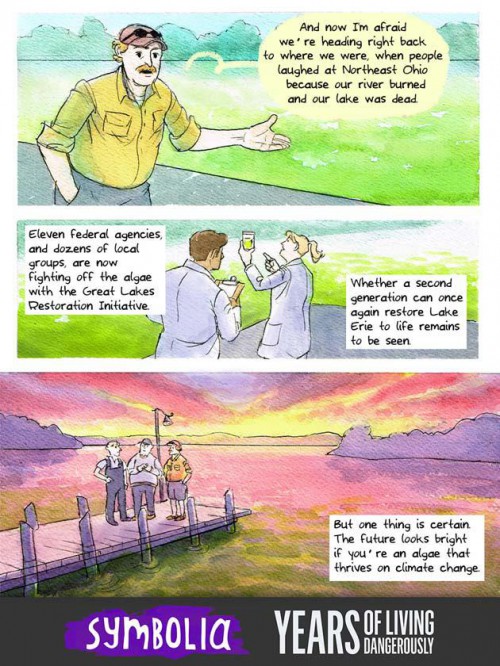 When I was a kid, Lake Erie was a joke: it was a polluted cesspool with rivers that caught on fire. Places like Erie and Love Canal were the punchlines of a national sense of disgust with abuse of the environment, and amazingly, people got together and changed things: new tighter regulations, clean up of the worst cases (well, that was begun but never finished), and in general, we saw a reduction in pollution around the country.

Then…fucking Ronald fucking Reagan fucking fucked everything up. Trees cause pollution. Regulation is bad for the economy. And every Republican since has followed the same script, right up to “drill baby drill”. Even the Democrats are getting in the act.

And the end result is that everything is turning to shit again.