Look at this video and images from the Rose of Sharon Summer Camp in Tennessee. 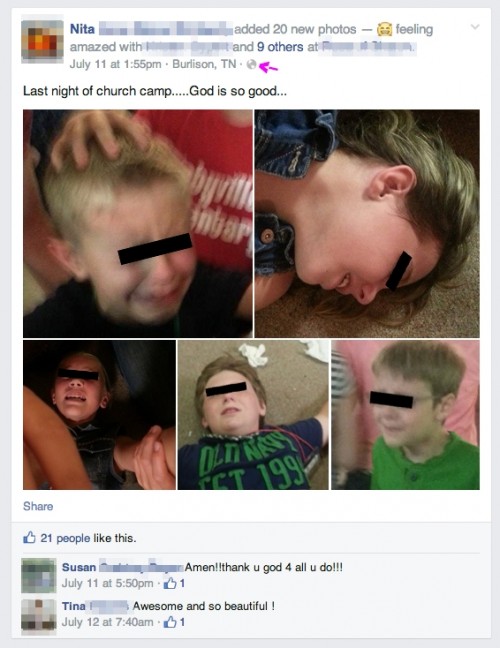 Please note that these were not selected excerpts chosen to make the camp look bad; these were publicly posted by a camp counselor who was overjoyed with what the camp was doing, and was trying to promote the camp to others.

All I know is that I’d never send a child of mine there. What a horror of a place.

Compare and contrast that with this video of Camp Quest, made with similar intent.

“Freedom to be who you are without judgment”…yeah, I like that.

Even scarier, the counselor who released the initial Rose of Sharon video was very surprised at the negative response it prompted on the net.

Chilling, isn’t it? She’s abusing children in the name of the Lord, who she loves so much. What you’re seeing there is the end result of generations of indoctrination, of the kind still being practiced at the Rose of Sharon.

No more US support for Israel » « Alternative career choices for chemists