Gah. SE Cupp. She is the worst: a right-wing atheist who fully supports the dishonesty of the Fox News types, and who has no regard for reality. Atheists who bury themselves in a new set of delusions sicken me.

She got into an argument with Bill Nye — that’s a bad sign, since the last loon he had to put down was Ken Ham. She was really peeved that those “science guys” keep confronting climate change denialists with facts. Science bullies her ideological cronies!

“Isn’t it a problem when science guys attempt to bully other people?” Cupp asked Nye. “Nick here had to say, ‘I’m not a denier.’ He had to get it out: ‘I’m not a denier.’ Because really, the science group has tried to shame anyone who dares question this, and the point I’m trying to make is, it’s not working with the public.”

This was after she threw up some statistics, that only 36% of the American public think global warming is a serious threat to their way of life. I’d have two replies to that: 1) polling data on what a deluded public thinks is not a measure of the truth, and 2) the problem here isn’t scientists explaining the science, it’s propagandists like Cupp using dishonest media like Fox News or Heritage Foundation tracts to cast fear, uncertainty, and doubt over the evidence.

Best part of the interview? This exchange: 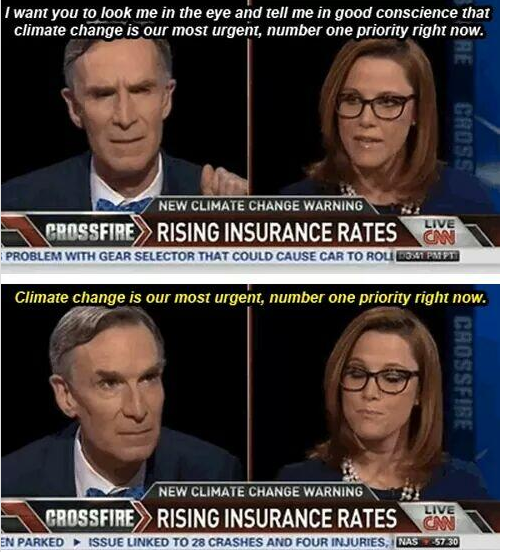