There were groans of dismay throughout Nerd-dom when it was announced that Ben Affleck would be playing Batman in the next movie in the franchise. But then the always over-the-top Kevin Smith saw the costume.

“I saw the Batman costume. More than that, I saw a picture of [Ben Affleck] in the costume…I don’t want to give anything away ’cause that is up to them and stuff, but I am going to say this…I instantly bear hugged [Snyder]. You have not seen this costume on film before. For a comic book fan, it was mind-bending… Because every other movie does this Matrix-y black armor thing…There wasn’t a single nipple on this suit. I think everyone is just gonna be like ‘Holy S**t!’ It’s its own thing. We haven’t been down this path before. Even the hardest core [most skeptical] person will be like ‘Alright, I’m ready.’…It seemed like it was very [Redacted] influenced.”

And as we all know, the most important thing in a superhero movie isn’t the plot or the acting — it’s the special effects and the fancy costumes.

But I have to agree with Smith. I have seen the costume, and it is awesome. It’s going to make the movie for sure. And here it is. 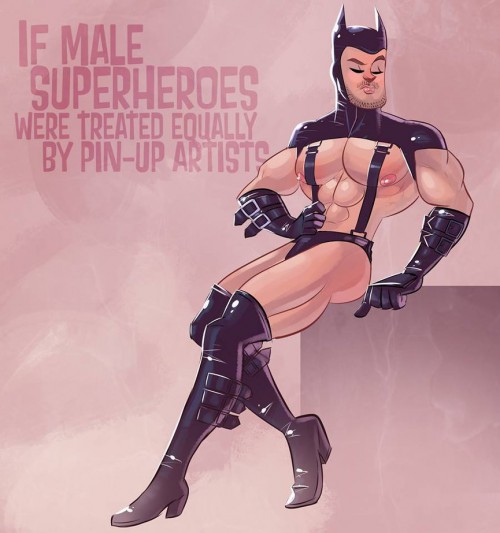 As promised, there are no nipples on that costume, so you know it’s got to be the one Smith was talking about.

What is it about the word "choice" that you don’t understand? » « I’m going to Seattle!