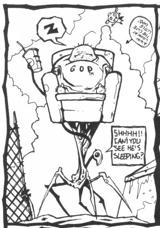 Never read the youtube comments! » « Another review of Noah