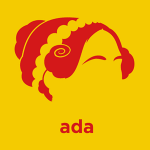 You’re supposed to celebrate the achievements of women in science, technology, engineering and math today. Some of you women out there will be doing science today, some of you will read about it, and some of you will be doing like I’m doing: teaching it to women (and men!). At the very least, try to tell a girl that she can grow up to be anything she wants — and that includes being a mathematician, an engineer, or a scientist.