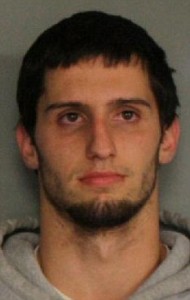 Matthew Barnett raped a 14 year old girl — he plied her with alcohol until she could barely stand up, and then had sex with her. He claims it was fully consensual (now where have we heard that before?) But the facts of the case are inarguable.

He provided much of the alcohol.

One of his buddies videotaped the act.

He dumped the unconscious girl on the porch of her home — where she could have frozen to death.

He freaking confessed to all of the above to the police.

A 13 year old friend was also raped by another boy.

The boy said she had said no repeatedly, and he had sex with her anyway.

Open and shut, right? These boys ought to be in jail, or at the very least in the juvenile court system. This was a horrendous abuse and a ghastly crime.

But — are you ready for the ameliorating factors? — all of the boys involved were popular high school jocks. Matthew Barnett’s grandfather is a state congressman. And the goddamned town full of righteous assholes who populate Maryville, Missouri joined up to recite the sacred mantra of “boys will be boys” and to condemn and harass the victims. The victim’s mother lost her job because her employer didn’t want to go against the popular families; other kids threatened her on facebook and twitter; she was suspended from the cheerleading squad; her brother was booed at sports events; a girl showed up at a dance wearing a t-shirt that said “Matt 1, Daisy 0”.

The case was quietly dropped and never went to court. The victim’s family are still being treated as pariahs. Matthew Barnett is currently enrolled as a student at the University of Central Missouri, single-handedly bringing the average moral status of students there into the sewer of turpitude.

He’s a disgusting human being from a corrupt little town. I’d like to see the case reopened, but he’s got trouble now.

(via Alyson Miers and Ophelia Benson)

A protest is planned for 22 October. Follow #OpMaryville and #Justice4Daisy for more information.

Also, the UCM Facebook page has been flooded with comments pointing out their rapist student.