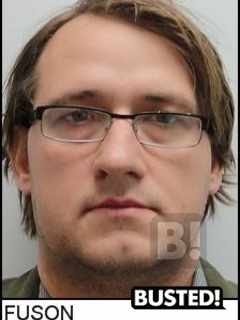 The guy who has been pestering Skeptics Guide to the Universe to fire Rebecca Watson, and is also associated with the always lovely pro-harrasment site A News, and who created the anti-Rebecca Watson facebook page, has been revealed. It’s Cecil Fuson. Mr Fuson really, really hates Rebecca. He’s really disgusted with this feminist stuff.

Mr Fuson is also a registered sex offender who was convicted and went to prison for “indecent liberties with a minor” in 2003.

It was probably those damned feminists who railroaded him.

Don’t read the comments! » « Friday Cephalopod: These beasties have “flamboyant” right in their name!