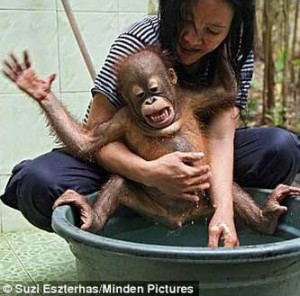 I’m getting more than a little tired of the long-running wrangle on the wet ape hypothesis thread. I’m closing it and opening a new thread here, with a few rules:

I expect this thread will promptly die now that the obtuse and refractory proponents of paleontological nonsense are prohibited from regurgi-posting and are expected to actually have a dialog about the evidence. They may surprise me, but they probably won’t.