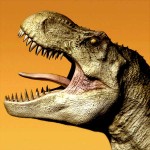 We’ve got Eric Hovind planning to send his ‘students’ here on Friday. They should post here in the unmoderated thread.

One more reason I have no choice but to vote for Obama » « Are the Australians passing us by?