I got a little surprise at the supermarket checkout stand. Time has a provocative cover this week (slightly reworked). 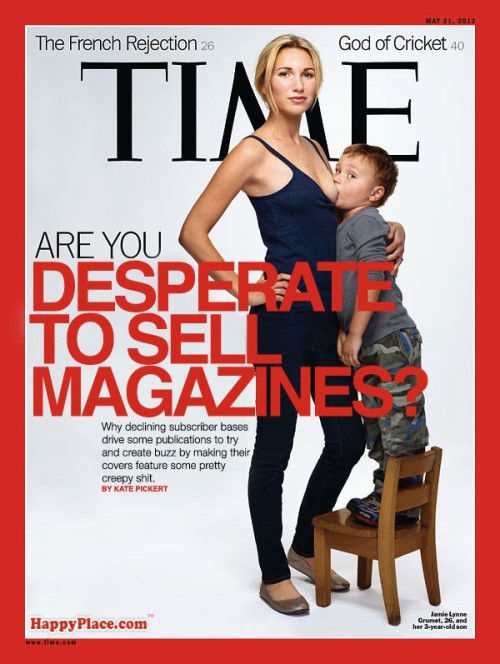 Breast feeding? A good thing. Extended breast feeding? No problem. Sexualizing breast feeding with an attractive woman and an aggressive gaze, in an unusual pose? Weird. The title of the article, “Are you Mom enough?” is also a bit contemptuous. Apparently, it’s not enough to be a nursing mother — you’d better be sexy while you’re at it, and you’re also in competition with all those other mommies to be as aggressively maternal as you can be.

Also, is anyone else having flashbacks to Game of Thrones?

Dudes, get some self-awareness! » « Ugh