I’ve got a class to teach in an hour and a mountain of snow to clear from my driveway and sidewalk, and the morning was looking rather grim. And then I saw this cartoon and laughed, so I feel better now. 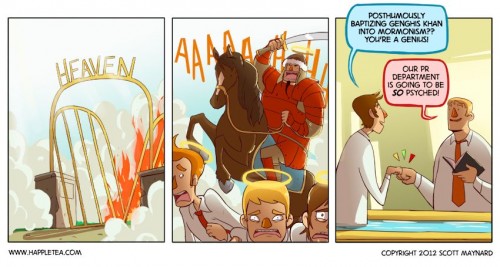 Mormon Heaven is going to be a much more interesting place now, especially since Stephen Colbert had all the dead Mormons converted to Judaism, so they’ve been sucked right out of the place and presumably sent to Sheol, instead.