It had to by flying squid today, because of this story in Nature about squid locomotor energetics. Scientists measured the velocities of flying squid in air, and noted that they can move five times faster in a less dense/viscous medium (as we say in our technical discussions of this issue…no duh.) So they are proposing that maybe these species of squid do it to travel long distances efficiently.

Querulous voices were raised to point out something equally obvious: then where are they all? Photos of squid in flight are extraordinarily rare — they don’t do it routinely, it seems. It’s more probably an escape behavior only used when predators are attacking.

I’m going to side with the nay-sayers. The observation that squid move through air much faster than they do through water is utterly trivial; the real problem with the interpretation that it is a common locomotor behavior is that it sure doesn’t seem to be all that common. Show me lots of movies of squid schools leaping in a prolonged series and maybe I’ll change my mind. 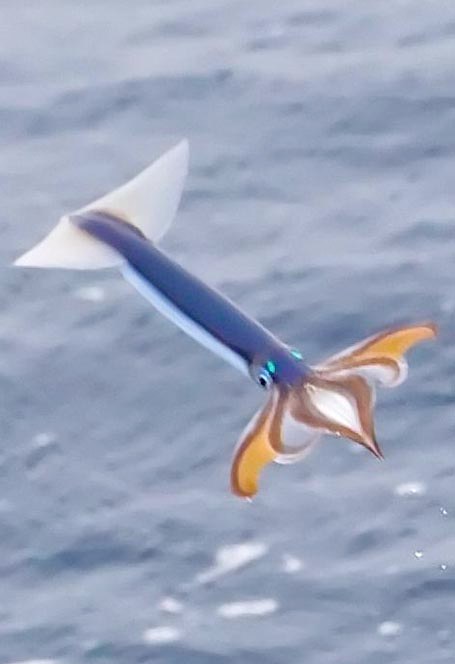