A team of researchers, including some Inuit hunters, have published an array of new underwater recordings from the Arctic Ocean, off the coast of Greenland. Their work includes analysis of sounds made by a nearby melting glacier, various human sources, and most notably an array of sounds from narwhals. The narwhal recordings were possible because of the Inuit team members, who were able to get far closer to the narwhals than is generally possible.

The recordings include a series of squeaks, clicks, and whines described in greater detail (along with frequencies) in the JGR Oceans article. One of the findings that most interested the scientists was that apparently the narwhals forage for food far closer to the glacier than had been previously thought, despite the high noise levels coming from the melting and falling ice.

Surprisingly, the researchers found narwhals come roughly within 1 kilometer (half a mile) of a glacier calving front, despite the fact that these areas are some of the noisiest places in the ocean and calving icebergs can be dangerous.

“There is so much cracking due to ice fracturing and bubbles melting out… it’s like a fizzy drink underwater,” Podolskiy said. “It seems we are dealing with animals living in one of the most noisy environments without having much trouble with that.”

For all it can seem like we know a huge amount about our own planet and the various other species with whom we share it, there’s a lot that we have yet to learn, simply because actually getting information is extremely difficult. This is particularly true for ocean life. The oceans are huge, tend to have low visibility, and a variety of extreme conditions that present a variety of technical challenges to data collection. The Arctic Ocean is particularly difficult to navigate because of the ice. Unsurprisingly, the best people for the job are usually those who’ve been living in and around the environments in question for centuries, and know the challenges and the changes to look out for.

As the climate warms, a lot of things are changing around the world, and we will have a better idea what changes are happening where, and how fast, if we know more about how things are now. That’s going to be important in the Arctic not just because of the rapid warming that’s happening there, but because certain gluttonous ghouls are salivating over the notion of turning the Arctic Ocean into an oil field the way they’ve done in the Caribbean. 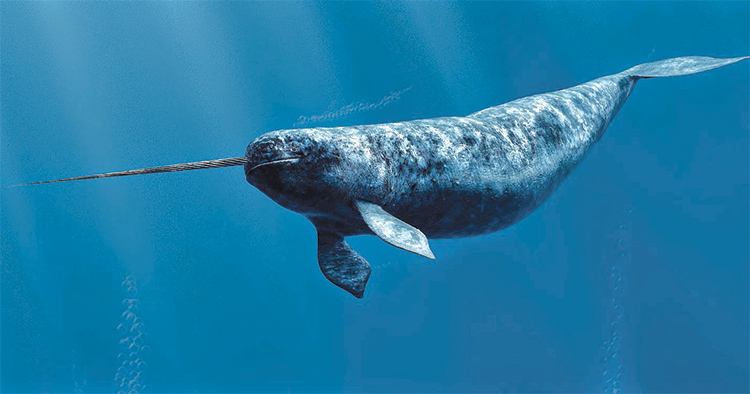 The threat of increased industrial and military activity in the Arctic is particularly worrisome for creatures like cetaceans, whose reliance on sound for communication and navigation makes them particularly vulnerable to the noise caused by underwater machinery and explosions. While there are numerous reasons to oppose industrial activity in the Arctic Ocean, it seems unlikely that we’ll be able to prevent it from becoming noisier in those water, and I find it somewhat encouraging that that may pose less of a problem for narwhals than had been initially feared.

You can read the full article in the Journal of Geophysical Research, where they go into detail about the various noises recorded, the likely purposes of the noises, and how they went about their work.

Tips for protesters/activists. Copy and share without attribution » « A video on the charges against George Floyd’s murderer