If wikipedia is at all credible (it’s not), the list of famous left handed musicians is lengthy. Other sites also list left handed players. Noticeably most of those well known came from rock, blues, jazz and country, from 20th century popular music. Few classical musicians are reported as being left handed, especially those from the past when children were forced to switch hands. How many there were, we’ll never know.

What are some famous names you can listen to (and whose music I like)? Here’s a selection:

Elliot Easton of The Cars: “Shake It Up”

Jimi Hendrix, “All Along The Watchtower”

John Flansburgh of They Might Be Giants: “Don’t Let’s Start”

Dave Wakeling of The Beat: “Mirror In The Bathroom”

Elvis Costello: “Pump It Up” 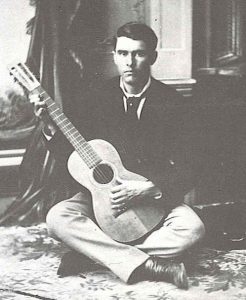 (Yes, I am aware that the two surviving members of an overrated English band are left handed. My blog, my music.)

Many left handed guitarists strum with the left hand and fret with the right hand, which I have never understood. The guitar and violin are descended from the lute, a middle age and Renaissance instrument. The lute has many more strings and is primarily played with the right hand plucking the strings. The fretting left hand moves far less than on a guitar or violin. Convention and tradition has turned what was once a disadvantage for left handers into an advantage, like the QWERTY keyboard on the typewriter and computer. Why give that up and reverse the guitar?

Keyboard instruments clearly demonstrate a right hand bias, designed to play the melody of a song with the right, and bass chords and notes with the left. Reversed guitars are readily available, slightly more expensive than standard guitars. Reversed pianos are unheard of, though they could be created with a programmable synthesizer, reversing the order of the notes. The keyboards are symmetrical.

Instruments of more recent origin demonstrate a clear right hand bias. The horn is an ancient instrument, but trumpets with valves date only to the very late 18th and early 19th centuries, when anti-left hand attitudes still dominated, and are exclusively right handed with the exception of the French Horn. The same goes for the sackbut and trombone (16th century instruments), the slide moved with the right hand.

Originally, the straight flute of the Middle Ages and recorder of the Renaissance could be played with either hand at the top or bottom. It was only when its descendants (the flute, clarinet, etc.) were invented that keeping the left hand near the mouth became the norm. Early flutes (the Japanese shakuhachi) were end blown, not held to the side.

Drum kits were a 19th century innovation for orchestras and bands to allow one percussionist to play multiple instruments (very difficult in marching bands). Percussion instruments that play notes have ancient origins, but the low-to-high order on the xylophone, glockenspiel, marimba and bell lyre is from the renaissance. Notes on Jamaican steel drums (or steelpans), however are organized to keep intervals between notes to prevent unwanted harmonics. Many left handed rock drummers (e.g. Stewart Copeland) play a standard kit. It is rare for a drummer to reverse the kit or relocate parts (e.g. Ian Paice’s high hat cymbal).