For those reading who love their mothers and grew up in a great home, call her and tell her you love her if you haven’t already.  Time is short.  For those who had a great mom who died, my condolences to you.  I have a couple of friends who lost their moms this year and I wish I could have done more than be supportive and a friend.

But the day is not a celebration for everyone.  “Mother’s day” can be as hurtful a reminder to some as “valentine’s day”, “christmas” or other commercialized events.  The world tells us only one form of expression is allowed that those who don’t share it must be silent.

For some women, infertility means they can never have children, even if they want to.  When the media and the culture sends the message that your life only has worth by having babies – especially when you can’t – is extremely hurtful.  For women who choose not to have children, being told you’re “barren” and “a failure” is as much sexual harassment as a wolf whistle.

For those who cut ties with their mothers, fathers or even their entire families, the “mother worship” message is equally hurtful.  Some are abandoned or betrayed by their relatives (especially LGBTQIA youth), subjected to abusive relationships (verbal, physical, emotional, sexual), or are treated badly in some other way.  People don’t owe their mothers, fathers or families forgiveness any more than a person who left an abusive marriage or relationship.

‘You have chosen that path, we will not support you any longer,’ a mother is heard saying.

‘You will need to move out and find wherever you can to live and do you want to. I will not let people believe I condone what you do.’

The fight between mother and son escalates, with the son being called a ‘piece of shit’ and ‘damned queer’ before he is hit several times.

The boy in the video, filmed last year, is Daniel Ashley-Pierce from Kennesaw, Georgia who captured a candid video of his family disowning him.

Now one year later, Ashley-Pierce was able to find a place to rent and pay for his medical bills (including the cost of hearing aids) now his parents dropped him from their insurance plan.

Ashley-Pierce has not seen his family since the night he filmed that video. Funnily enough, he doesn’t regret that at all.

John Pavlovitz wrote his feelings on the subject in 2015:

For Those Who Hurt On Mother’s Day.

For many people that means flowers and handmade cards and Sunday brunches and waves of laughter. It means celebration and gratitude and warm embraces and great rejoicing. It means resting fully in all that is good about loving and being loved.

But not for some people.

But for some it only means tears.

For some it just hurts.

In the hearts of many, this day is a bitter, unsolicited reminder of what was but no longer is, or a heavy holiday of mourning what never was at all.

[continued in the link]

If this day is a memorable one for you, enjoy it.  But if someone says it isn’t don’t question it, don’t judge, and above all, don’t “suggest”.  Just be supportive.

And just for fun, don’t take these more than semi-seriously: 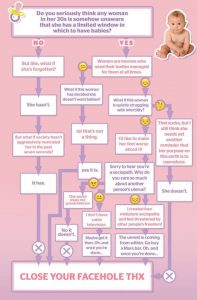 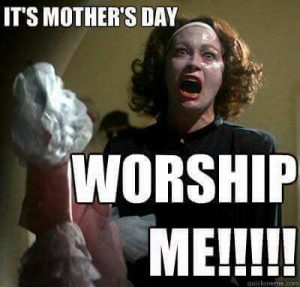 Wrong Headed: Ignorance from the past » « Music Rules: The Disposable Heroes of Hiphoprisy