Alright you busters, time for my last post about the first issue of The Midnight Collection.  Nobody has seemed much interested, but this story is my personal best.  Didn’t like the last two?  Give this a spin.  My post here is just going to have the start of the story with a link to where you can finish reading it on The Midnight Collection’s website.  If you love or hate my story, or love expressing your opinion even when that is “meh,” leave a comment either here or there… 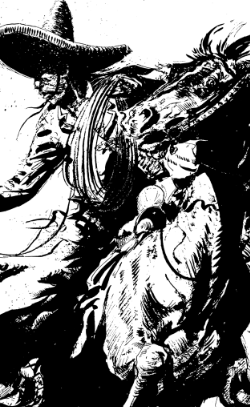 My name’s Diana and the first time I thought about this kind of thing, I was, like, twelve years old?  This had to be about 2020.  Covid was new, and it was weird vibes.  The “boomer remover” joke was funny, but it didn’t matter, you would catch serious nerves off the grown-ups.  They were bouncing from one freak-out to the next one, like whatchacallem, bumper cars?

My family had an apartment and you know, it had a lot of mildew.  Is it mold or mildew?  It was probably bad for us, but you don’t smell it unless you leave the house and come back to it.  I didn’t have a bed.  I was sleeping in the living room, on the couch.  Well, I don’t really remember sleeping because the lights, and sometimes people would come in and play TV or video games, and I’d be in and out of sleep so much.  But when you’re a child, that’s OK.  You’re good at it.

I remember the room was pretty small; even small as I was, it looked small.  But when you’re all sunk in the couch cushions and close to the ground, you can imagine it’s bigger.  The carpet was light brown like desert sand—dirty too—so I dreamed it was a big desert.  The biggest thing in front of me was one of those wall TVs nobody put on the wall, sitting on cinder blocks with all the wires and video games around the bottom.  In my dreams, that was a big old rock like the ones they have in the Southwest.

The gamer chair and bean bag would be smaller rocks, and the junk like shoes and grocery bags would be little boulders.  Littler stuff like socks and tiny bits of paper and crumbs of dry food that get in the carpet.  Well, you know…

The sky was blue where the TV touched, mixed rainbow from the LED string stuck on the back of it.  That was like the day and the night sky all together, over my little desert.  Tiny people, sometimes tiny me, we’d be out in that desert—going here or there.  It didn’t mean anything.

Anyway, my mom’s boyfriend Peter woke me up that night, cussing softly in the kitchen.  He made a little noise, then came out to sit in the gamer chair—one of those rocking things with no legs that sit right on the ground.

He remembered I was there and turned the chair halfway to see me.  “I’m sorry, girl.  You wanna watch me play GTA?  Have something to eat?”

He sighed and grumbled again.

“I don’t have my burritos.”

He was talking about those cheap microwave burritos.  I should have known he was mad that he didn’t have those, because I didn’t smell them.  They smell like cat poop, so much that my mom would think the cat farted, before Peter came out with two burritos on a paper plate.

“Did Mom forget to buy them?” I asked.

“Naw, baby.  It was the supply chain.”  He emphasized it, like it was real significant—a revelation.

I was interested, but still kinda dreaming about my desert.  “What’s the supply chain?”

“I shouldn’t tell you about it.  It’s grown-up stuff.  Scary stuff.  Covid stuff.”

He told me about how the pandemic was making it so we run out of random things, because truck drivers got sick, and there weren’t enough cops to stop thieves.  Last time him and my mom went for groceries, they didn’t have his cat poop burritos, or sour cream, or trash bags.  If it kept up, he said, there’d be nothing left.

“What happens when there’s nothing left?” I asked.

“Oh yeah.”  He didn’t think about the game he was playing, how it was like he said.  You steal stuff and the cops can’t stop you.

He finished his baloney sandwich on the loading screen for San Andreas, with all the cool tattooed cartoon people, and I went back to dreaming under the TV-colored sky.

The bean bag would be the place where the bandits would strike.  I think in my dream it was like, a little bit Wild West, a little bit Grand Theft Auto.  The target was a big rig with wagon wheels, sticking to the trail behind Gamer Chair Rock—for the moment.  The bandits waited by Bean Bag Rock, loading their pistols one bullet at a time.

So that’s why I was thinking about it when I was only twelve.  Peter was a Samoan guy, very Christian, but maybe he didn’t always say the right thing to children?  It was probably fine.  I was fine.

There was a ridge on Bean Bag Rock where the banditos sat in a little row.  They had the high ground, and they were going to shoot up the truck from there.  Bean Bag Rock was in the shadow between blue day and the night of rainbow constellations, so the men could not be seen.  They were something drab and gray, between all the colors.

Why did I say men?  Of course, any kind of people can be bandits.  But when you’re a kid, you don’t know everything, so in my mind they were all men.  They were in sombreros, vests, and chaps.  One of them was real pretty, like Lil Nas X.  They were tiny so he would be lil Lil…  I’m sorry.

Anyway, the big rig wagon was chugging along, headed their way.  I figured there would be a guy on the passenger side with a shotgun.  Peter told me that’s why it’s called shotgun.

I didn’t want Lil Nas to get hit with a shotgun, because it can blow your whole head up.  That’s just gross.  So the bandits had to be smart.  The top of the truck was not bulletproof, and shooting downward with pistols has more range than shooting upward with a shotgun.  They just had to shoot when the truck was close, but not gone by yet, because you couldn’t get bullets through the back part of the cab as easy.  It’s heavy there, full of truck parts?  And the trailer is right there too. 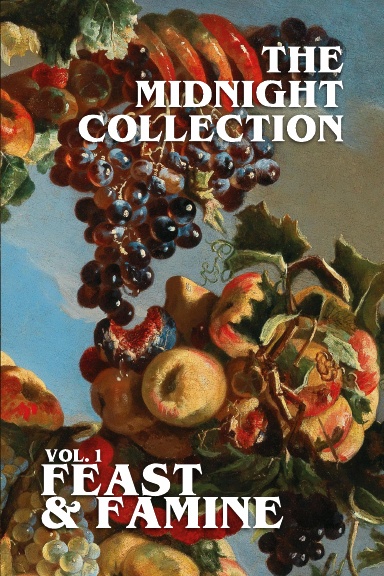 Lil Nas held up a hand.  His arm was bare, but he had a cool pink glove with embroidered black patterns and two tassels.  He waved for the guys to get ready, and they all pointed their guns at the truck.  Some had pistols, like those big long ones you see in old western movies.  A few of them had rifles, with that part you cock to put out the shell and load another one?  Very cool.

It’s sad that the wagon driver and the shotgun man had to die.  But you can’t think about stuff like that, or you’ll never get your cat poop burritos and trash bags.  Or anything.  That’s what it all comes back to, in the end.  We all need to eat, but there isn’t enough stuff for everybody, so somebody has to lose…

Or purchase the whole Midnight Collection e-book through Ko-fi or Amazon.  A physical copy in paperback is available through Lulu.  You may be able to purchase it through other sites soon, but it’s nice to not give Bezuggs a cut, and purchase on Lulu gives more money to the cause.  And lastly, you can just read the collection for free at the Collection’s website.

Don’t Like Me? How About This Guy? » « Fiction by Me: Locusts