This is one of my main mans, Hecubus. He is a cat. Looks kind of oily in this picture, maybe he needs a bath. Anyhow, the point: He has a wet nose. It’s the perfect amount of wetness for a cat. See a cat trailing snot? Might be sick. See a cat with a nose that’s bone dry? That’s not what a cat nose is supposed to be like. I suspect this optimal cat nose wetness gives him a better sense of smell than other cats I’ve had in the past because he likes to sniff things more than the others. 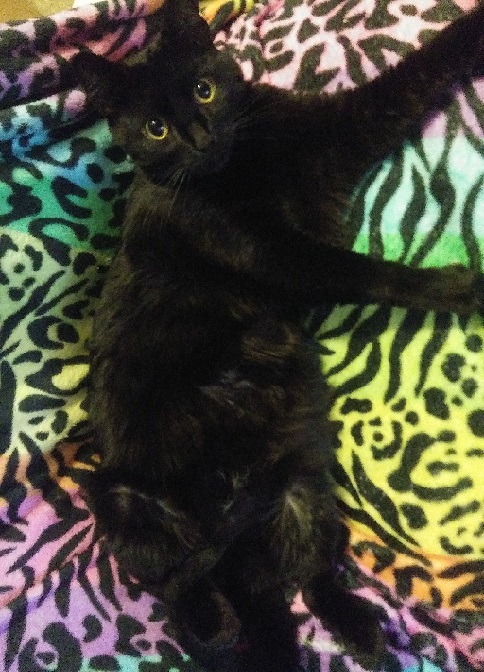 The other day I killed a spider on my wall, apologies to our FtB thought control overlord. It left a barely perceptible smear on the wall. I flicked off the pieces of exoskeleton with the corner of my murder weapon. Hecubus did not bear witness to this event.

But later he found the spot on the wall, not even convenient to get to up behind a lamp. He found it with his sniffer, and came back to it later to sniff some more. I’ve seen him eat a spider once in his youth, but that was a few years ago. Does he remember the taste and smell on some level, and is therefore drawn to it? Or does spider sauce have a distinctive and potent smell to the right mammals, and just draw interest on the level of curiosity?

Without experimentation we can never know. I guess I’ll leave this one to science wizards. It’s gotta be in the list of things they’ll get to eventually. What is the allure of spider sauce?
–

Choose Your Own Adventure » « Gender Anarchy