I am not sure why, I assume it has something to do with the fact that my name and e-mail is out there and searchable, but I regularly get spam e-mail from people hawking a book or offering me an “exclusive chance” to interview someone I’ve never heard of for my blog. Usually I reply with a simple “please remove me from your e-mail list”, but they continue to pour in unabated. Because I occasionally talk about religion, I often get this unsolicited spam from people hawking religious books on behalf of their clients – a feat of irony that tells me they don’t bother to read the blogs before they start pimping to them.

The joys of internet notoriety, folks.

Most of the time I delete them without reading, but yesterday I received an e-mail that, to the untrained eye looked like the same kind of spam, but was, upon closer inspection, actually an extremely clever bit of anti-Catholic parody:

Hi – For those with a very specific spiritual need, a simple prayer to God may not be enough. Sometimes it’s helpful to appeal directly to a patron saint. Whether you’re a craft-beer producer, a nervous bride or just have a toothache, chances are Christian tradition has recognized someone who may be willing to take up your cause.

We invite you to view/use this infographic which will tell you who you should appeal to if you are a bride, juvenile delinquent, dentist, bartender, astronaut, work in advertising or PR and much more.

I’ve always found the idea of sainthood to be pretty silly – as though Yahweh is too busy to answer prayers, but is totally not above going through a middle-man. Add to that the nigh-obsessive specificity of the causes for which saints are prayed to – a patron saint for knee trouble and another one for leg trouble – and you’ve got a farcical practice that is so obviously grounded in polytheism and antiquity as to seriously undermine even the most superficial credibility the practice might claim. Plus the dubiousness of the process by which they must be confirmed is quite obviously nonsense – Pope John Paul II apparently ‘miraculously’ cured someone of their Parkinson’s Disease, a condition that Yahweh seemed unwilling to cure for his own Pontiff but is going to grant (under shady circumstances) to some nun in France and nobody else*.

Seeming to recognize that, a hilarious parody website has been created to highlight the absurdity of the practice – the excellently and trollishly-named OnlineChristianColleges.com with their “There’s a Saint for That” infographic. Some of them are pretty non-controversial: 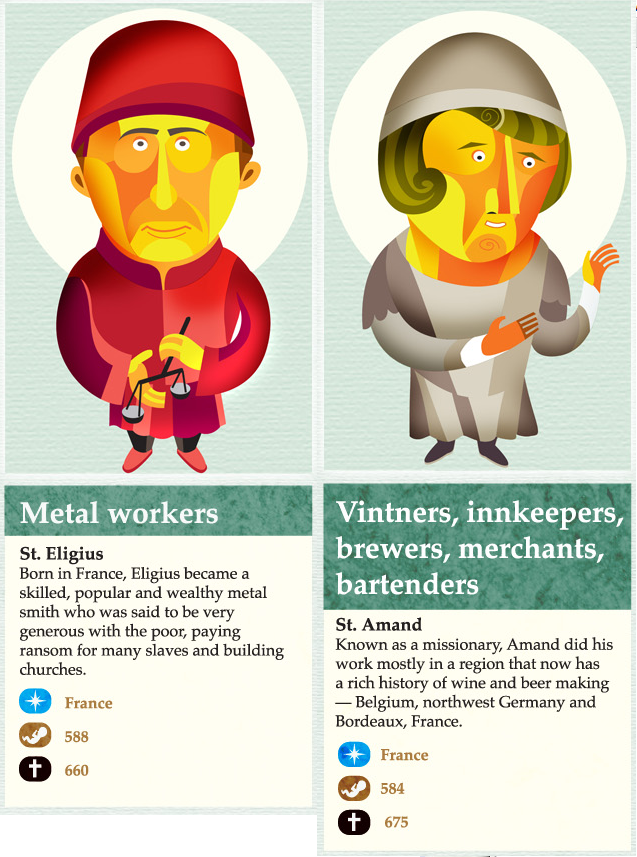 But then it just starts getting silly: 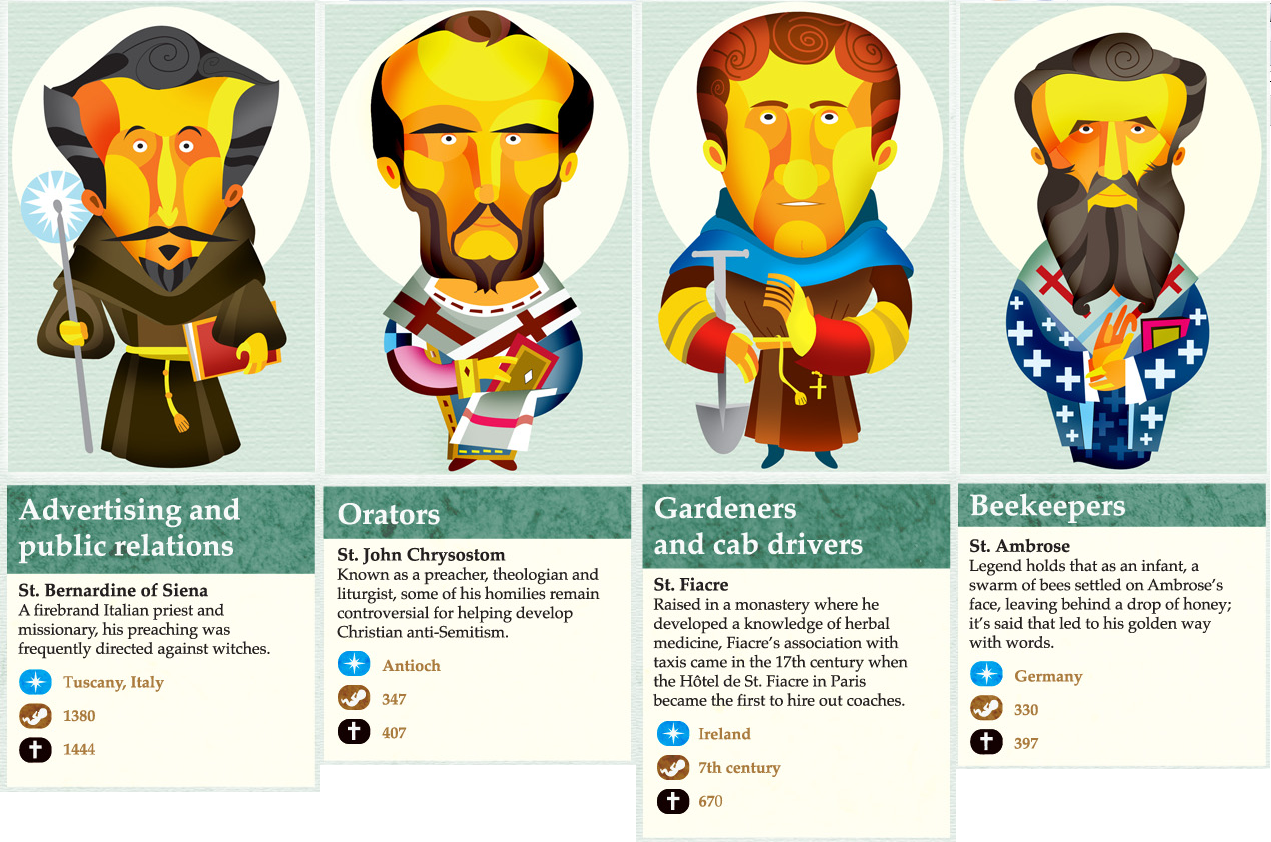 The genuis of the infographic goes well beyond the cutesy stories attached to each person or even the “collectible trading card” design. Those are both brilliantly satirical, but the height of wit comes when you recognize that this is a very tiny cross-section of the full pantheon of saints. No, the ones included in this bit of trolling must have been selected with some deliberation. Which makes the inclusion of an anti-witch crusader, an anti-Semite, and patronages like gardening/cab driving (because what don’t those two things have in common, amirite?) or beekeeping so hilarious. Of all of the saints with good stories, or at least ones that aren’t ridiculous on their face, the comedic geniuses at Online Christian Colleges decided “fuck that, we’re going with the rabies guy! Kids can’t get enough rabies!”

So my hat goes off to Account Director Rick Neil for bringing this brilliant trolling to my attention. If it wasn’t so obviously stupid, I’d swear that this was actually something intended to be taken seriously. Send him an e-mail and tell him which one you think is the best. My vote is for this guy, for reasons that are probably obvious to skeptics:

St. Doubting Thomas, patron of architects, because hey why not?

*And even then, she might not have had it at all in the first place

PPP looks about to snap » « Say hello to the new neighbours!