I talked earlier about people who criticize those who don’t respond positively to cruel and dehumanizing humour as not ‘getting it’.

What’s the matter? You don’t think that this is funny? Why, just because it’s all based on the abuse of oppressed people? Because it’s cruel and deeply offensive? Because the jokes are built upon an edifice that manifests itself in deeply un-funny ways that result in the suffering and sometimes death of your fellow human beings?

My point was that people who don’t laugh at racist/misogynistic/ableist/whatever jokes don’t suffer from some deficit of humour. It’s not that we simply lack understanding of why an asshole would find it funny to humiliate or otherwise insult a class of people based on an unfair power structure – it’s that we understand the harm those kinds of jokes cause.

That being said, there are definitely some things I don’t ‘get’, and this ad from the GOP is one of them: 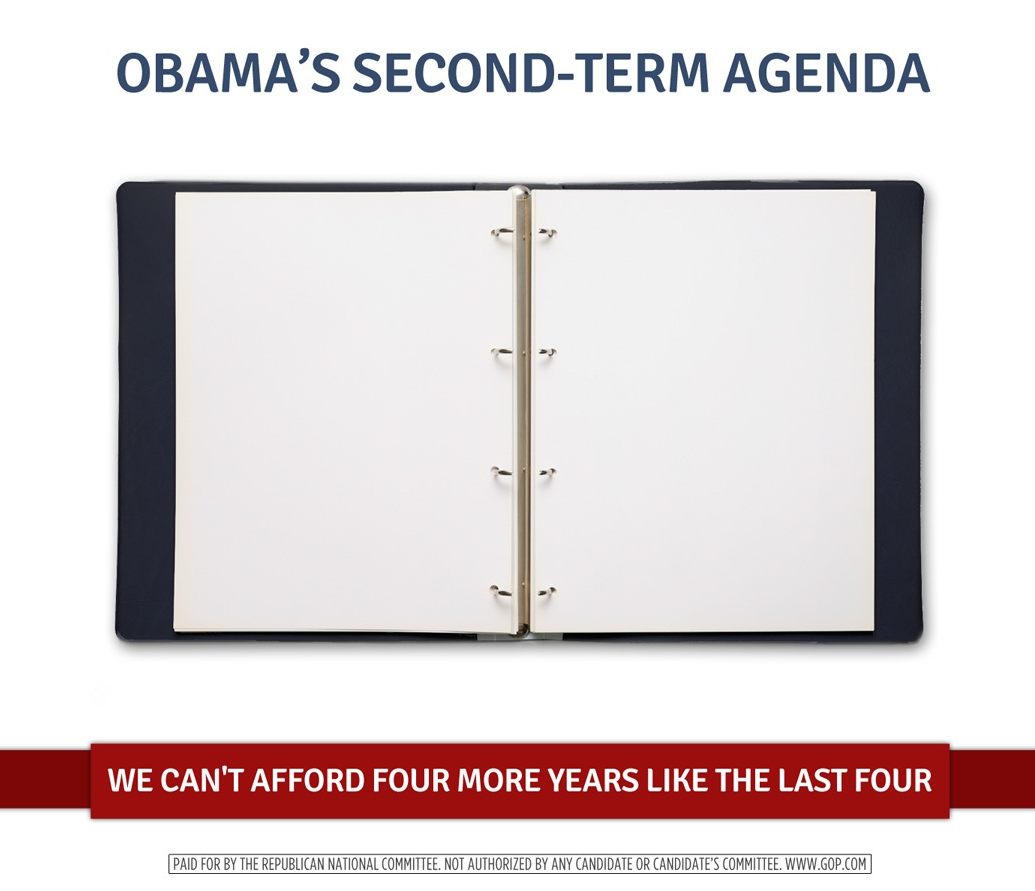 I am sincerely baffled by this ad, for reasons I will go into after I provide some important context. At last night’s debate, Mitt Romney answered a question about addressing the gender wage gap by relating an anecdote about when he was the governor of Massachusetts:

An important topic, and one which I learned a great deal about, particularly as I was serving as governor of my state, because I had the chance to pull together a cabinet and all the applicants seemed to be men. And I — and I went to my staff, and I said, “How come all the people for these jobs are — are all men.” They said, “Well, these are the people that have the qualifications.” And I said, “Well, gosh, can’t we — can’t we find some — some women that are also qualified?”

And — and so we — we took a concerted effort to go out and find women who had backgrounds that could be qualified to become members of our cabinet. I went to a number of women’s groups and said, “Can you help us find folks,” and they brought us whole binders full of women.

I was proud of the fact that after I staffed my Cabinet and my senior staff, that the University of New York in Albany did a survey of all 50 states, and concluded that mine had more women in senior leadership positions than any other state in America. Now one of the reasons I was able to get so many good women to be part of that team was because of our recruiting effort.

Of course, like everything Mitt Romney says, it’s completely untrue and the opposite is actually what happened:

What actually happened was that in 2002 — prior to the election, not even knowing yet whether it would be a Republican or Democratic administration — a bipartisan group of women in Massachusetts formed MassGAP to address the problem of few women in senior leadership positions in state government. There were more than 40 organizations involved with the Massachusetts Women’s Political Caucus (also bipartisan) as the lead sponsor.

They did the research and put together the binder full of women qualified for all the different cabinet positions, agency heads, and authorities and commissions. They presented this binder to Governor Romney when he was elected.

I have written about this before, in various contexts; tonight I’ve checked with several people directly involved in the MassGAP effort who confirm that this history as I’ve just presented it is correct — and that Romney’s claim tonight, that he asked for such a study, is false.

Secondly, a UMass-Boston study found that the percentage of senior-level appointed positions held by women actually declined throughout the Romney administration, from 30.0% prior to his taking office, to 29.7% in July 2004, to 27.6% near the end of his term in November 2006. (It then began rapidly rising when Deval Patrick took office.)

In response, the GOP has decided to hit back with an ad featuring an empty binder. This leaves me with a bunch of seriously unanswered questions.

1. Whose fucking idea was this?

I’m trying to imagine some Republican strategist walking into a room and saying “the word ‘binders’ is blowing up on the internet right now. We’ve got to press an ad into service immediately!”

“But wait, why is it trending?”

I am honestly baffled. Is this an act of completely uncharacteristic (and brilliant) self-parody on behalf of Republicans, or are they genuinely this clueless about what things mean?

2. What is it supposed to mean?

Assuming for a moment that they understand the basics about the ‘binders’ comment, this ad suggests that the sinister plan the President has will… I guess… involve letting women out of the binders? And Mitt Romney would ensure that no woman ever went binder-less? That we can’t afford four more years of women who aren’t in binders? I seriously don’t get the ad’s… hole-punch-line**.

3. Do you even listen to your own propaganda?

Even if this ad had been released without the context of the ‘binders’ comment, perhaps in a fit of political serendipity so outrageous that it might make someone question the non-existence of a greater intelligence than humanity’s, it still wouldn’t make the slightest bit of coherent sense. The NRA is raising buckets full of money on the premise that Barack Obama is waiting for re-election so that he can socialize their guns or something. The idea that Obama, unfettered by the need to run for re-election, will turn into a left-wing monster is a mainstay of the Republican belief structure.

And yet he has no plan? And yet he hasn’t done anything in the past 4 years? And yet every single thing he did was an affront to the Constitution?

Forget the fact that this ad doesn’t comport with reality, it doesn’t even comport with the Republicans’ own carefully-constructed alternate reality.

I am seriously confused by the political strategy at play here. Part of me wishes that their site was hacked by an evil genius or something, but there’s no way anyone could have painted the Republicans are more cluelessly out of step with the conversation than they seem to be doing all by themselves.

*Perhaps worth noting is the fact that ‘hiring more women’ doesn’t shrink the wage gap at all, so he gave a stupid Achilles-heel answer that didn’t even address the question being asked.

**Also… 4-hole punch? Is that even a thing that exists?

EDIT: commenter besomyka makes a point so true that I feel it needs to be repeated where everyone can see it:

There was SO much more wrong with his answer.

There was the explanation that all it takes is for the rich white man in charge to make the change. Never mind that, even in the best case, all that’d affect is his immediate surroundings. It wouldn’t change for anyone else.

He was talking about jobs instead of wages, as you mentioned.

There was the assumption that professional women — the sorts of accomplished people that would qualify for cabinet positions, high level advisory positions, and leadership roles in various governmental departments, would still need to get home to make dinner. Is he assuming all professional women are single? If not, why don’t the men in his administration ALSO need to get home early to make dinner?

Then there’s the meat of his solution: job creation. Create SO MANY JOBS that employers will have no choice but to hire women! We’re so unhireable, we can’t compete if there isn’t a surplus.

Uh, Mitt, that says more about the fucked-up HR people, and fucked up society that you’re reinforcing, than it does about women.

He answered the wrong question in just about the worst way he could.