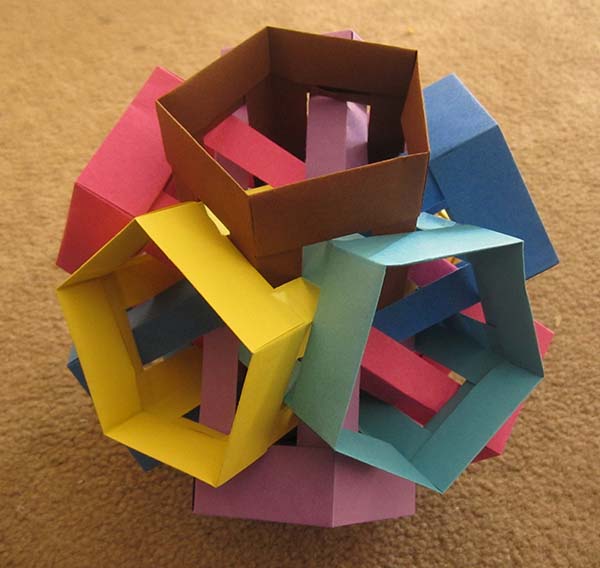 I might be less active this month, so I thought I’d make up for it with an origami model you can dig into.  This model is called “Six Intersecting Pentagonal Prisms” because it’s literally made from six pentagonal prisms.  I’ve got some photos below the fold showing the step by step addition of each pentagonal prism. 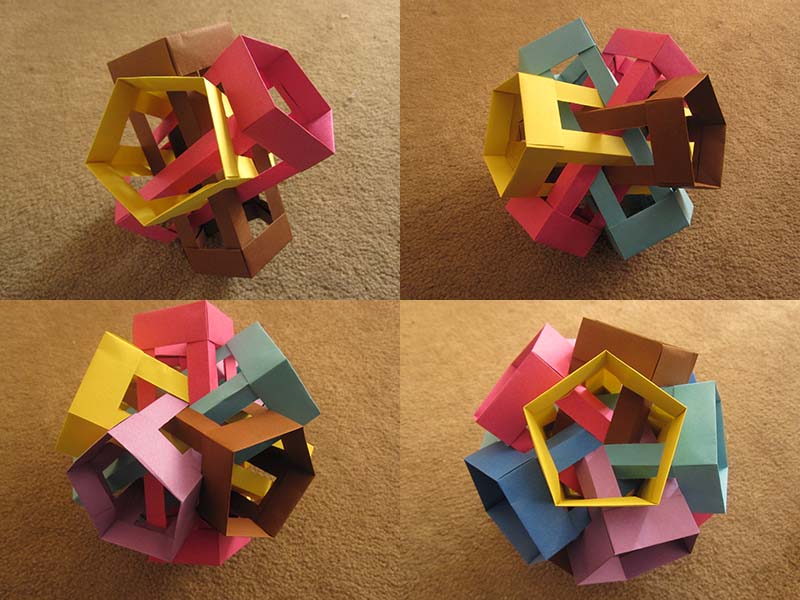 One thing I like about this model is that it’s basically a realization of a hemi-dodecahedron.  A hemi-dodecahedron is one of those exotic mathematical concepts you read about on Wikipedia, which must surely have no useful application.  It’s an “abstract polyhedron”, which is a generalization of polyedra unconstrained by such things as “euclidean geometry”.  The hemi-dodecahedron consists of six pentagonal faces (each of which can be identified with a hexagonal prism), and all the faces are adjacent to each other.  It’s just like how each of the hexagonal prisms is adjacent to the other five.