A couple weeks ago, there was an exciting discovery in my (former) field of research. It was found that if you take two layers of graphene, and rotate one of the layers by a “magic angle” of 1.1°, then you can create a superconductor.

Some brief background on superconductors. A superconductor is a kind of material that conducts electricity with zero resistance. That means you could transport electrical power without any energy loss. Or you could create so much electrical current that it creates a powerful magnet (used in MRI machines). Superconductors also have special magnetic properties that allow for magnetic levitation (used in maglev trains). But superconductors need to be cooled below a certain temperature to work, otherwise they’re just ordinary materials.

So, why would you ever try rotating two layers of graphene? Graphene is simply a layer of carbon atoms that form a hexagonal pattern. If you overlay two hexagonal patterns with a bit of rotation, you create what’s called a Moiré pattern.

The size of the superlattice is inversely proportional to the angle of rotation. I made the image above using a 10° rotation. The magic angle is about 1.1°, which should produce a much larger superlattice. Behold: 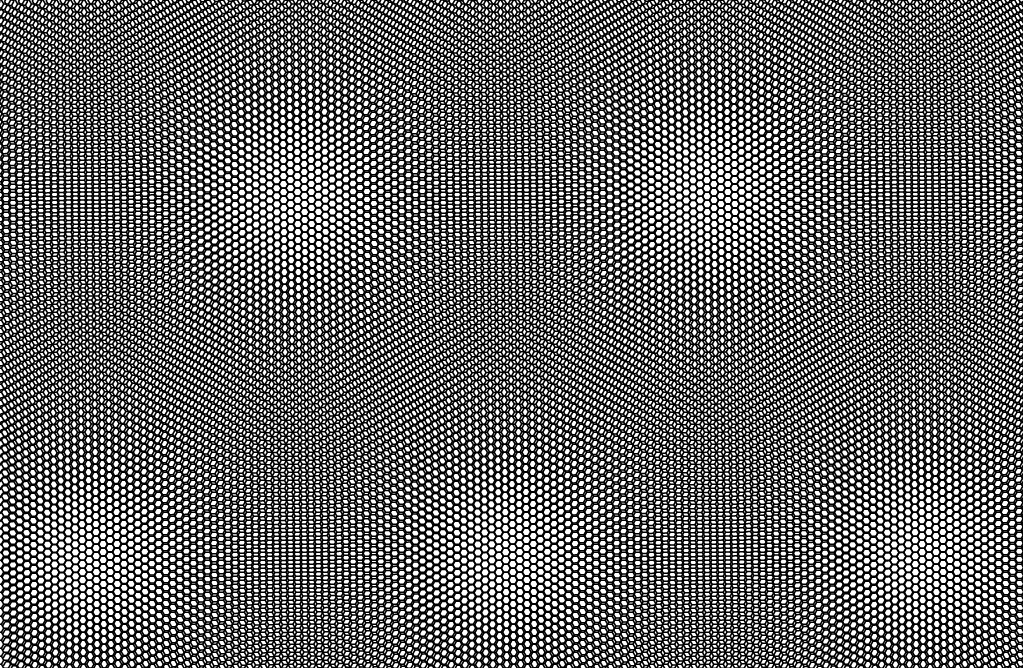 The distance between regions of alignment is about 60 hexagons of graphene. That’s so large, I had some difficulty making the graphic perfectly aligned. Of course, graphene is really small, with about 0.246 nanometers distance between hexagons. So in reality, the size of the superlattice is about 13 nanometers.

The researchers say that there’s an entire series of magic angles, and 1.1° is only the first one. I thought they meant that 1.1° is the smallest angle, but actually it’s the largest! The next few magic angles are 0.5°, 0.35°, 0.24°, and 0.2°. Apparently these angles are very precise. Physicists have predicted that something strange would happen at these angles for years, and it took an experimentalist to build a device that could control the angles precisely enough.

Rotating the graphene by the magic angle is not, by itself, sufficient to create a superconductor. Magic angle graphene is a kind of material called a mott insulator, which actually conducts electricity very poorly. However, the most famous kind of unconventional superconductors, the cuprates, are created by “doping” mott insulators (which means introducing impurities). So the researchers tried doping magic angle graphene, and they found a superconductor. The superconductor only works at a temperature of 1.7 degrees above absolute zero, which isn’t much, but the similarity to cuprates means it could be a useful tool to understand what’s really going on.