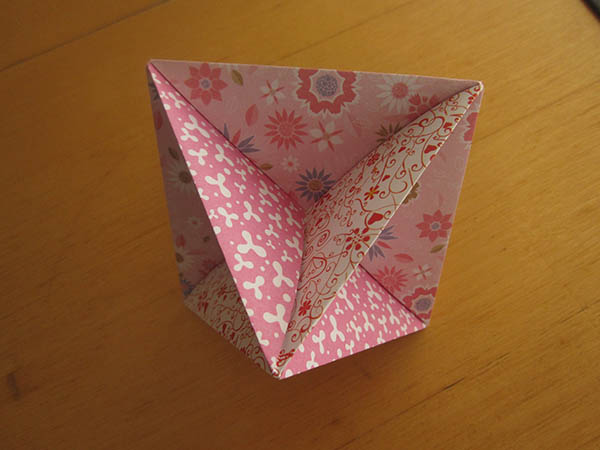 Octahedron Skeleton by Robert Neale. I hope nobody was expecting an actual skeleton. Halloween was yesterday.

I know somebody who runs an art gallery, so every year I run a workshop for kids where we do modular origami.  The hardest part of designing the workshop is picking the right models.  I’ve been quite surprised by which aspects the kids find difficult, and which aspects they perform with ease.

Anyway, this is one of the models I picked this year.  It’s on the easy side, and the kids thought so too.  And that’s great!  Art doesn’t need to be technically challenging to be good.

If you’d like to try this one out, I made some fancy diagrams to print out and pass to the kids.  Check them out below the fold. 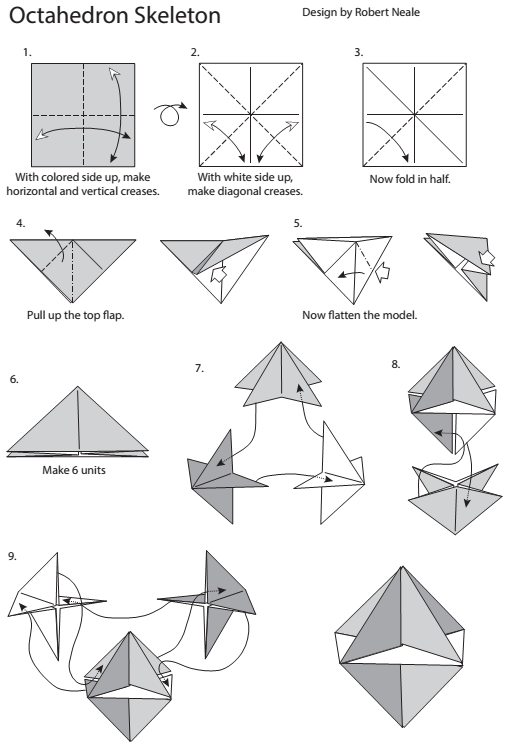 I also feel compelled to point out that origami is a more lucrative hobby than blogging ever was.  Just in case anyone ever accuses me of stirring controversy for the clicks.

Image over substance » « Who is #metoo for?