This is the first part of a series about symmetry in origami. Here I will explain what a symmetry group is through a series of examples. 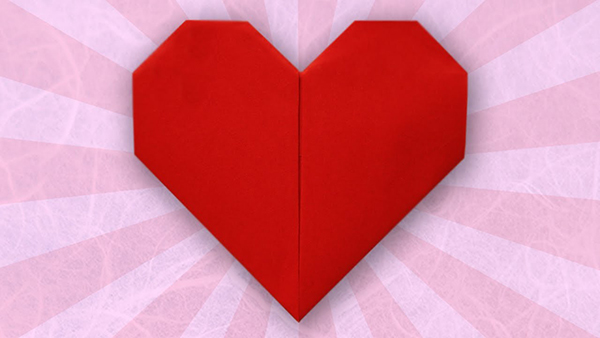 This image is sourced from a video with folding instructions.

This heart illustrates one of the most basic forms of symmetry. A symmetry is a transformation that preserves the shape and orientation of the object. In this case, the transformation is a reflection. If you reflect the heart across a vertical line, you get back the same heart. But with further examples, we can see that this is not the only kind of symmetry. 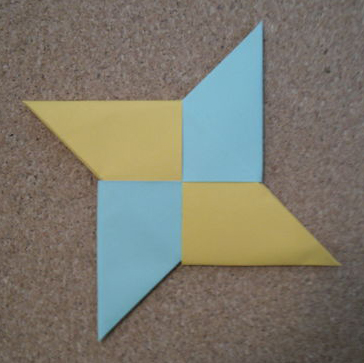 What this demonstrates is that you can’t just pick and choose your symmetries without constraint. Only certain sets of symmetries are allowed. An allowable set of symmetries is known as a symmetry group. A symmetry group is an example of what is known in mathematics as a group. A group is a set of things which can be “multiplied” together. For instance, if you take a 90 degree rotation and “multiply” by itself, then you get a 180 degree rotation. We can define a group by writing out its multiplication table. 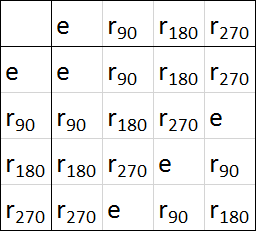 This is a multiplication table for the symmetry group of the ninja star. “rn” denotes rotation by n degrees. “e” denotes the identity transformation, or rotation by 0 degrees.

Before we move on to 3-dimensional shapes, let’s discuss one last flat example: an unfolded square of paper. 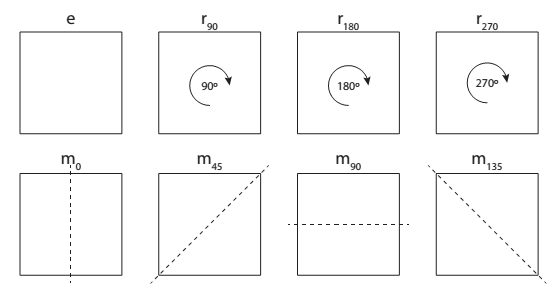 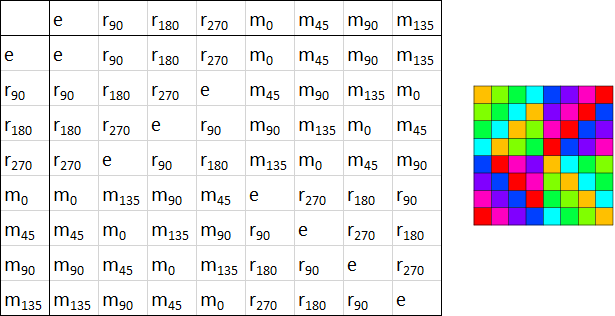 But I would like to point out one important fact about this multiplication table. The order in which you apply the tranformations makes a difference! The convention is that when you multiply a*b, that represents the transformation where you first apply b, followed by a. In general, a*b does not necessarily equal b*a. We can show that m0*r90 = m135, while r90*m0 = m45.

I have one last example for this post, which is the symmetry of a cube. If we only count rotations, and not reflections, then the symmetry group of a cube has order 24. I can show this by drawing a dot on one of the faces of the cube, and showing where that dot ends up when we apply each of the 24 rotations. 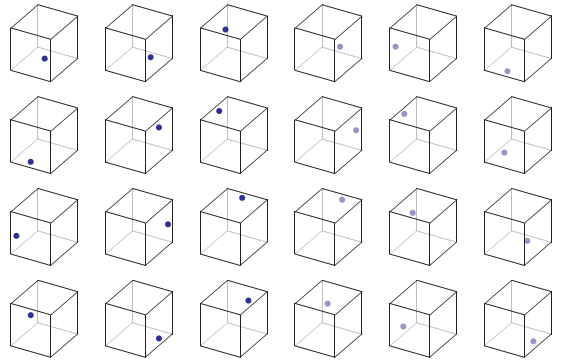 If we include reflections, then the cube’s symmetry group has order 48, but we won’t draw that.

There’s a lot more to talk about, but this is a convenient break point. As an exercise, try to figure out the order of the following symmetry groups:

On the social construction of electrons » « Origami symmetry masterpost