So, you know how things in mirrors always have left and right reversed?  This origami model is no exception. 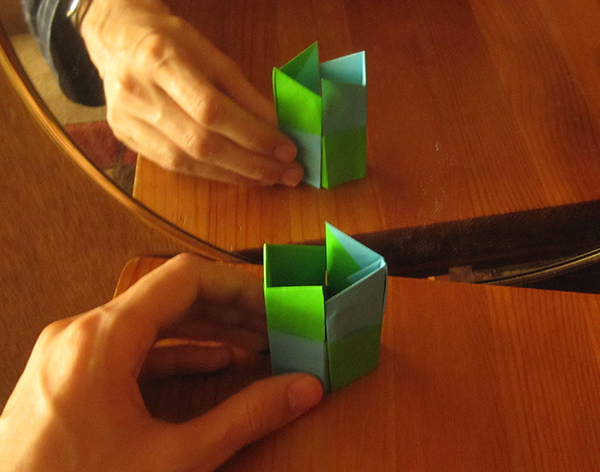 The arrow illusion was inspired by a much more impressive optical illusion, the Ambiguous Cylinder Illusion.  Video below the fold.

YouTube suggested a few responses to this video, with people recreating the illusion with 3D printers and explaining how it works.  Although, I’m not sure why they bothered, when the author of the illusion, Kokichi Sugihara, literally published an academic paper on the subject!  (Incidentally, both of those video responses got the math wrong.)

Anyway, I obviously don’t have a 3D printer, so I wanted to design an origami version of the illusion.  At first I wanted to make an ambiguous cylinder, but curved origami is hard, and it was a bit too much math even for me.  So instead I went with the first example in Sugihara’s paper, an arrow.

Update: If you’re interested in making this model, I show folding diagrams below.  However, I later redesigned the model to be easier, so see this page for the updated diagrams.  You may print these diagrams for yourself, but if you would like to distribute them please ask me for permission (and proper pdf copies). 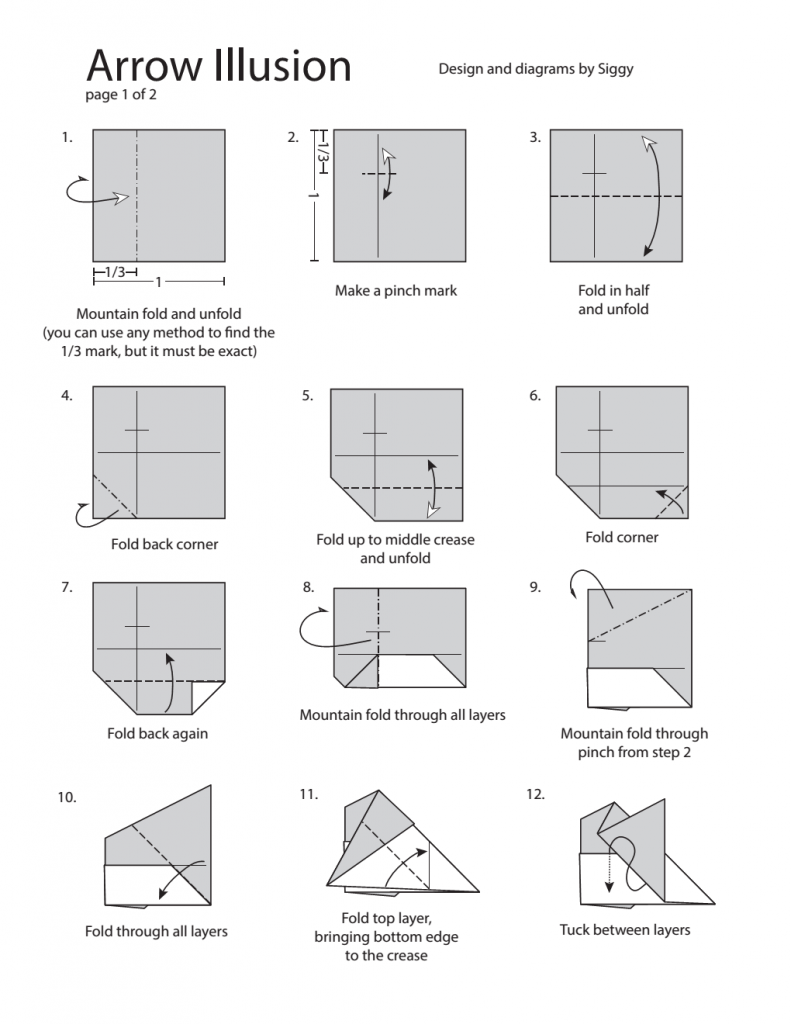 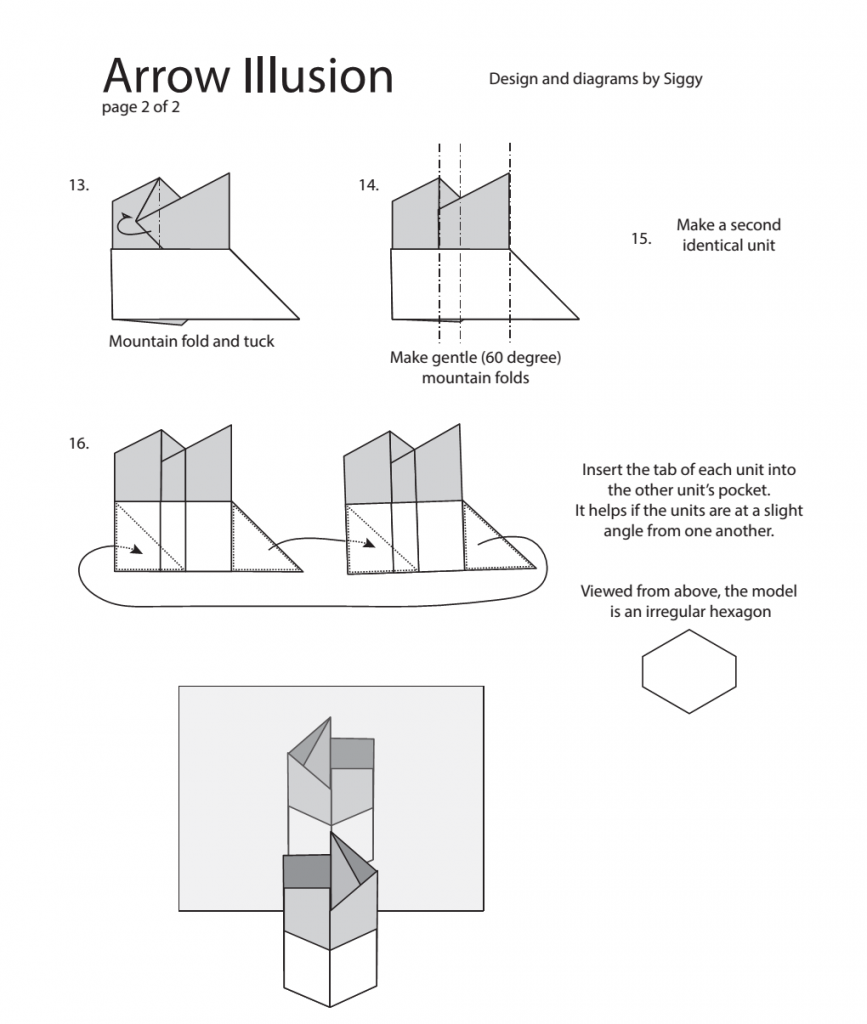