As the Omicron surge continues, David Leonhardt and Ashley Wu have analyzed the data on Covid-19 cases in Seattle and New York, two cities that have the most timely data. They have produced six charts that pretty much tell the whole story about how the pandemic is affecting the vaccinated versus the unvaccinated. 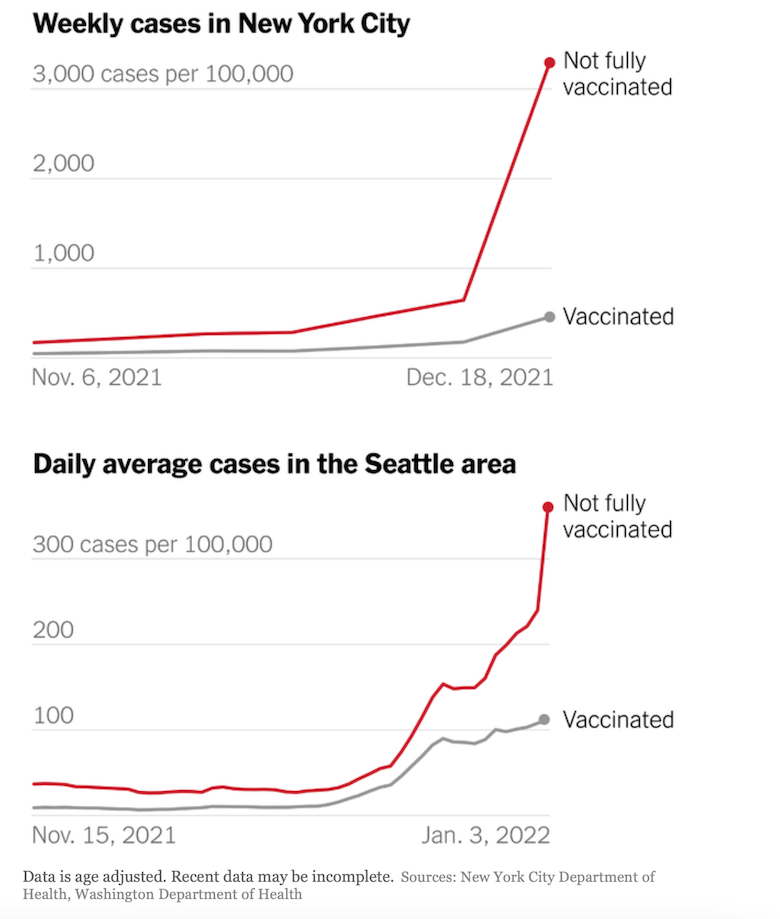 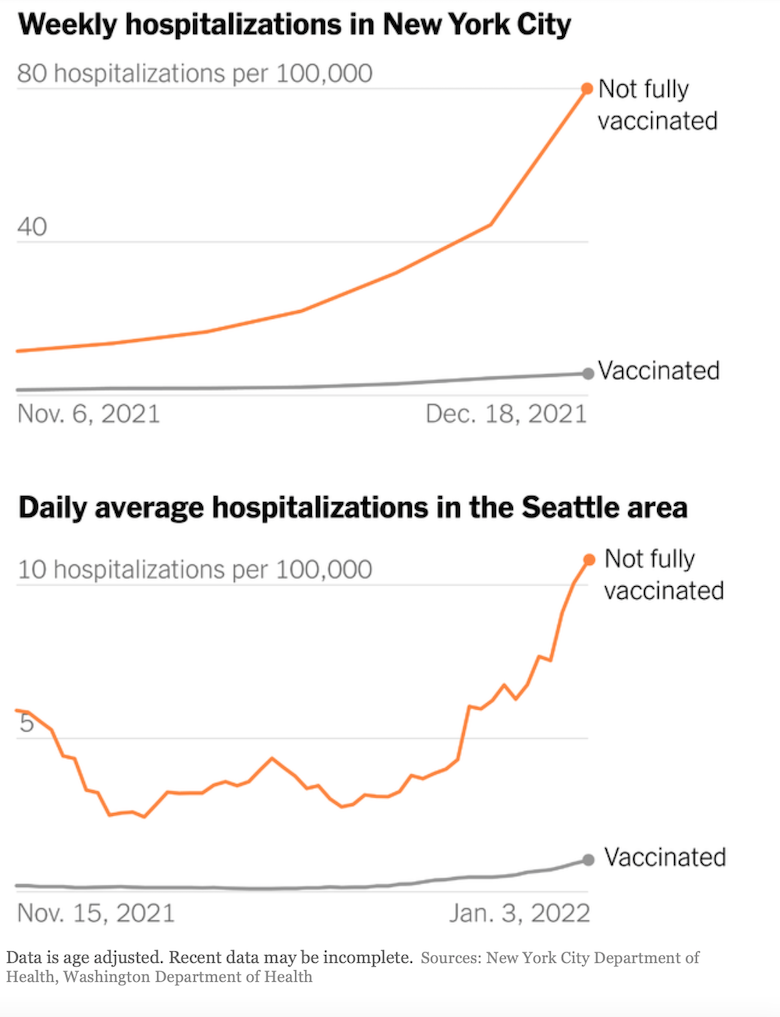 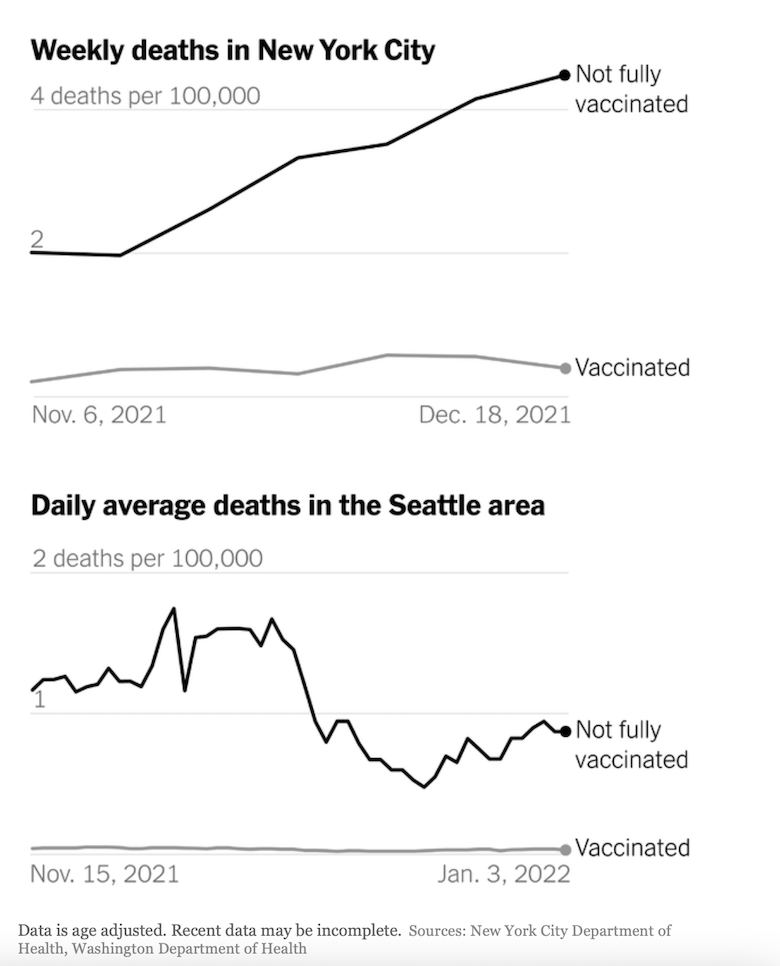 In addition, the CEO of Delta airlines has said that of the 3,000 employees who have been hospitalized with Covid, none were vaccinated. He also said that it used to be that they had one employee per week dying from the disease but in the last eight weeks, and not a single vaccinated employee has died. He says that the company’s vaccine mandate has saved lives.

There is no way to spin this data in any way other than as strong evidence in support of vaccinations. So you can expect the anti-vaxxers to deny the reality of the data even though they have no data of their own. One can only echo the words of Herbert Spencer back in 1891: “Those who cavalierly reject the [benefits of vaccination] as not being adequately supported by facts, seem to forget that their own theory is supported by no facts at all.” What Spencer actually said can be recovered by replacing the term “benefits of vaccination” in brackets with “Theory of Evolution”. In fact, his quote can be used as a template against science deniers in general.

The very rapid rise in Omicron infections likely presages a rapid drop in days to come. There are early indicators that the infections curve may be flattening out. The phrase “the higher the flame, the sooner the ash” applies to infectious diseases because the faster the number of infected people grows, the faster the pool of people who have not been vaccinated or already been infected gets smaller, leaving fewer targets for the virus.

Currently, 65 million people in the US have been infected, about 20% of the total population. About 63% have been fully vaccinated and about 75% have had at least one dose. There is of course some overlap between the infected group and the vaccinated group but I don’t know how much. If we ignore that, we see that close to 83% of the population are fully vaccinated or have been infected. If the people who have had a single proceed to get their second shot and booster, then we reach a figure close to 95%. I am not sure if the vaccination percentages exclude children under 5 years of age who are not eligible for it. They make up about 20 million or 6% of the population.

Of course, covid-19 has not been very good about following the rules and past projections that we may have put the worst behind us have turned out to not be correct, so we have to continue taking precautions.