The above equation is famous and is indelibly associated with Albert Einstein. There has been renewed attention to this equation because a handwritten letter from Einstein containing this equation was sold last week at auction for $1.2 million. Authorities says that there are only three other such handwritten examples in existence. This letter was written in 1946.

People can be excused in thinking that this equation was written by him as part of his famous 1905 trilogy on special relativity, photoelectric effect, and Brownian motion. But as with almost any major event in science, the story is more complicated. It is never the case that new scientific theories and discoveries occur in a single flash of insight. Anyone looking for the equation in the English translation of his very short paper titled Does the Inertia of a Body Depend upon its Energy-Content (that appeared in Annalen der Physik, 18:639 on September 27, 1905) will be disappointed because while the idea of mass-energy equivalence is central to the paper, that particular equation does not appear. The closest he gets is an equation that he describes in words as If a body gives off the energy L in the form of radiation, its mass diminishes by L/c2. He based this paper on an earlier paper On the Electrodynamics of Moving Bodies published on September 26 in the same year.

So when did the equation in its familiar form first appear? This equation was first published by him in 1912, where he wrote:

According to this conception, we would have to view a body with inertial mass m as an energy store of magnitude mc2 (“rest-energy” of the body). But we can change the rest-energy of a body, e.g., by supplying heat to it. Thus, if mc2 is always to be equal to the rest–energy of the body, then the inertial mass m of the body must also change during this warming, with the change amounting to ΔE/c2, if ΔE denotes the energy increase produced by, e.g., warming.

According to this article, in the original manuscript, Einstein used the symbol L for the energy (as he had in the 1905 paper) but then crossed it out and wrote E, so this famous cartoon is close but not quite correct. 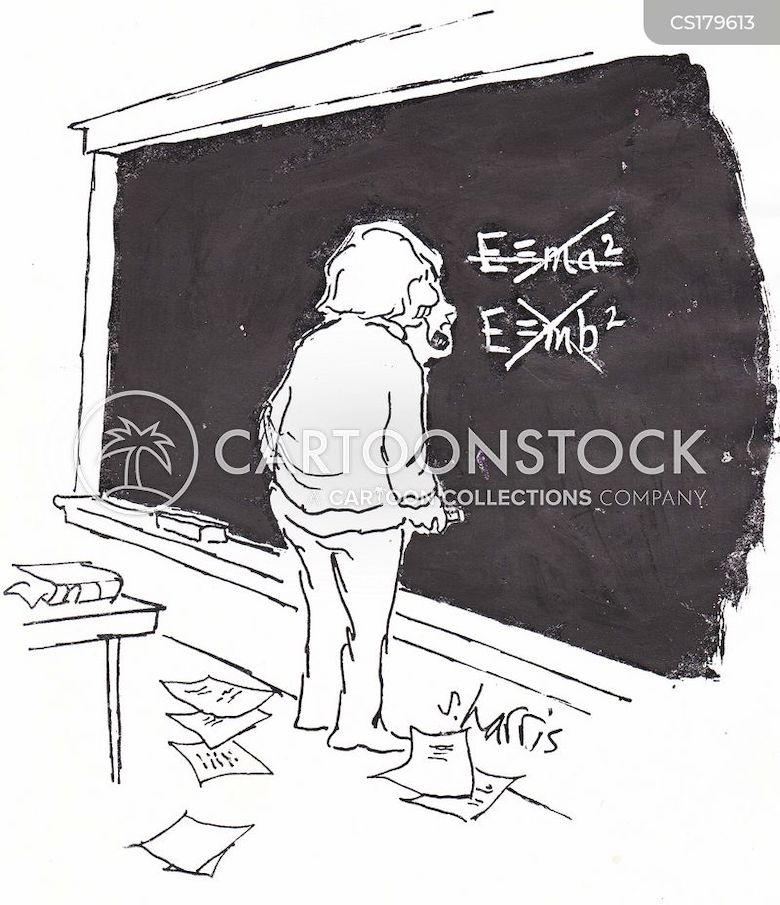