People tend to like certainty. One of the things that people get wrong about science is that they think it should provide them with that certainty. But scientific conclusions, while they tend to be the most reliable that we have at any given time, can change in the light of new evidence which is why results are usually phrased conditionally. Unfortunately that nuance is often missing when the media reports science results and this can be disconcerting for some people when new results seem to contradict the old. I deal with this question quite extensively in my book The Great Paradox of Science.

This is particularly the case with research in medicine and health where controlled experimentation is more difficult to do than in the physical sciences and thus inferences are necessarily more tentative. 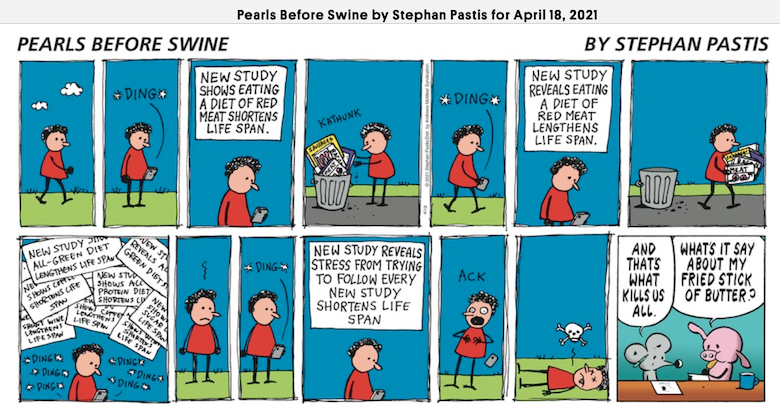 We see that also clearly with the pandemic advice. When the extent of the pandemic first became apparent, we were given various forms of advice to minimize the chance of contracting covid-19. We were told to avoid close contact with people, use hand sanitizer or in its absence to frequently wash our hands with soap and water, and disinfect surfaces that may be infected. Wearing of masks was not emphasized that much. It now appears that the chance of virus transmission by touching surfaces is small and that it is through the air person-to-person transmission that is most problematic.

Hence mask wearing has become more important and disinfecting less so, though washing of hands frequently is still recommended as being as good as hand sanitizers. It appears that if you are outdoors, you are unlikely to catch the virus simply by passing someone on the street.

Basically it is when you are indoors where the risk is greatest and where wearing masks is most helpful. But instead of welcoming the increased sophistication of the advice, some people are using the changing guidelines to cast doubt on science and the vaccines. We see this also with the grandstanding by some Republican members of Congress who badger Anthony Fauci about the changing guidelines, implying that he is making stuff up just to make life difficult for people.

Perhaps one good thing that emerges from the pandemic is that it has revealed how scientists respond to rapidly changing new evidence. The quote attributed to John Maynard Keynes who supposedly told a critic, “When the facts change, I change my mind – what do you do, sir?” is very apropos even if he never said it. I hope the media becomes better aware of how science really works and thus become able to better able to report on it, and that people are also better able to deal with new results.