One of the more bizarre developments on the right wing of US politics (and this saying a lot given how off-the-charts nutty the right wing has become) is the emergence of a group known as ‘groypers’. They have taken as their symbol an obese version of the cartoon character Pepe the Frog, which is appropriate in a way because the right-wing neo-Nazis and white supremacists had already adopted Pepe as their symbol over the objections of its creator. Groypers are, if you can believe it, even more racist and have ramped up their racism and anti-Semitism to 11. 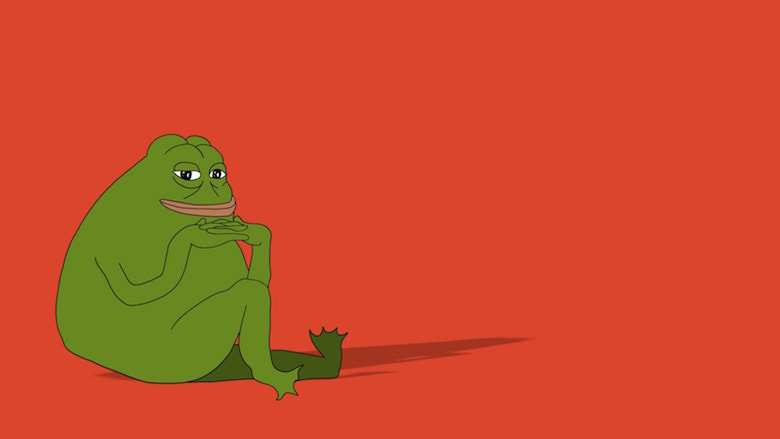 I first heard about this group when they heckled Donald Trump Jr. so much at an event he held to promote his ‘book’ that he was forced to leave the stage. Will Sommer explains what is going on behind the protests that the groypers have launched at events hosted by groups such as Turning Point and Young America’s Foundation, who are your standard issue right-wing nutters.

The fight has generated new publicity for groyper leader Nick Fuentes, a 2017 Charlottesville marcher and Holocaust denier. Meanwhile, Turning Point has struggled with the questioners mobbing their events. Turning Point boss and Trump pal Charlie Kirk, who has become the focus for much of the so-called “America First” crew’s enmity, tried to turn the tables on them in an appearance last month at the University of Houston.

Kirk showed up for his showdown with the groypers with a computer monitor hidden under a cloak. At a dramatic moment, Kirk pulled off the cloak to reveal the monitor-and was initially stymied by his inability to get the video to actually play. Kirk eventually succeeded in playing a clip of Fuentes criticizing Trump, which was meant to embarrass the groypers. Instead, Kirk was chased off campus by yelling Fuentes fans.
…

Now Fuentes and his crew are taking on one of Turning Point’s biggest events. Next week, Turning Point activists will gather in West Palm Beach, Florida, for their annual Student Action Summit, to hear from speakers including Ben Shapiro, Glenn Beck, and Sean Hannity. At an undisclosed location nearby, though, Fuentes and his allies will be holding a “Groyper Leadership Summit” at the same time.

Fuentes’ event appears to be aimed at embarrassing Turning Point, potentially by luring some of the Turning Point students to Fuentes’ white nationalist event. Turning Point has already lost some campus leaders over the fight, with a few heads of college chapters resigning from Turning Point after siding with Fuentes.

I have mixed feelings about this. On the one hand, having these racist groups turn on each other can be seen as a good thing since it takes their attention and energy away from the rest of us. But on the other hand, what does it say about the state of American politics when even people like Trump, Shapiro, Beck, and Hannity are not racist enough for some people?

Donald Trump and his cult followers have poisoned the well of public discourse, brazenly lying and spewing hateful rhetoric against pretty much every person and group who do not shower their Dear Leader with fulsome praise. Does it matter that they have spawned an even more virulent offshoot? Is hate reaching the point of diminishing returns, which is why these people have to keep escalating the rhetoric just to gain attention?

Let’s just give up on patriotism » « Rules are made for people, not people for rules