Yesterday China opened the world’s longest bridge across the sea, connecting Hong Kong with Macau on the mainland. It is 55km (34 miles) long. It required the construction of two artificial islands so that the bridge can go underwater at places to allow for shipping traffic. It is not the longest bridge overall, just the sixth longest but the five longer ones are also in China. The bridge does not allow private vehicles to use it, just buses, trucks, government vehicles, and other vehicles with special permits, so traffic should be light. 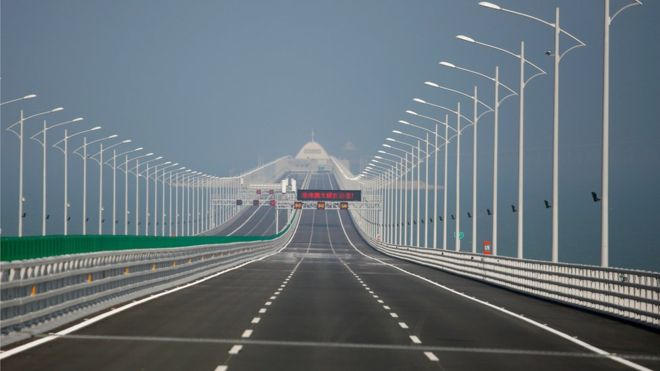 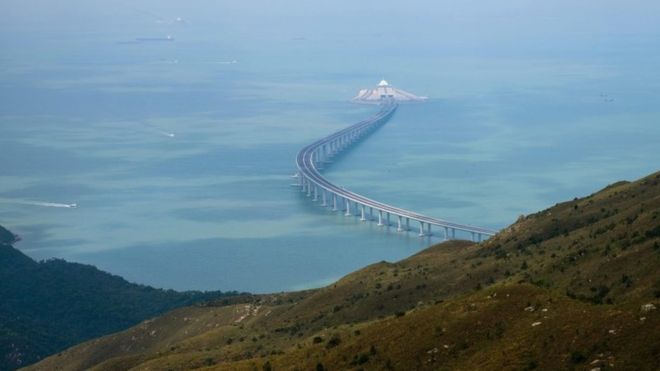 Why did China build this massive bridge that reportedly cost $20 billion and ran way over schedule? This new route across the Pearl River estuary does cut the Hong Kong-Macau driving time of four hours to about half an hour. But other factors are suspected of being at play, the main one being that China wants to increase the links with Hong Kong, currently enjoying some level autonomy, before it fully becomes part of China in 2047.

The bridge is undoubtedly an impressive feat of engineering. It is clear that the Chinese are now the world’s leader in terms of being able to conceive of, design, fund, and implement massive infrastructure projects and they are doing so all over the world. I cannot recall what the last major such project in the US was, after the interstate highways system and the dams that were built in the mid-twentieth century.

You can see a video of the bridge.