If you subscribe to Netflix, you know that as soon as you turn it on, your home page will show still images for various shows that they are promoting for you specifically to watch. I knew of course that they use some kind of algorithm to determine your likes and dislikes, presumably based on your past viewing history. What I had not realized was that they are also trying to deduce whether I am a person of color or not and if they felt that I was, they would show a different still image featuring actors of color, even if they had just minor roles in the film or TV show. Here is an example. 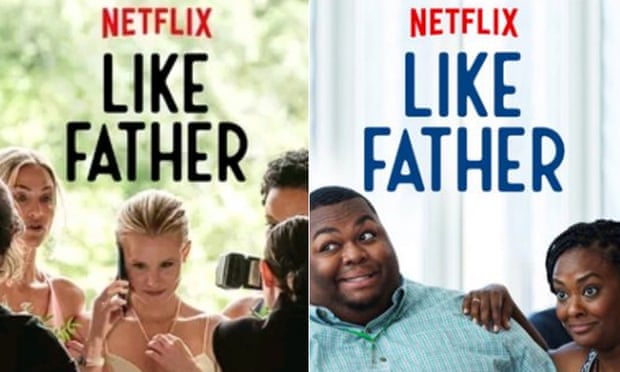 What people of color are objecting to is not that they are being targeted by color but what amounts to false advertising, promising stories about the lives of people of color when that is not the case

“This feels like a step too far,” said Tobi Aremu, 26, a film-maker from Brooklyn. Recently he watched the film Set It Up, “which was made to look like a two-hander between Taye Diggs and Lucy Liu, but they were secondary characters in the love story of a young white couple!”

To him, the misrepresentation of Netflix’s actual offer felt problematic. “It’s beyond feeling duped,” he said. “Because if something is black, I take no offence in being catered to. I am black, give me black entertainment, give me more – but don’t take something that isn’t and try to present like it is. I wonder what the makers of those shows and films think. If it was me, I would be very upset.”
…

Londoner Tolani Shoneye, a host on The Receipts Podcast, said: “It’s intrusive. It’s the dark side of marketing. I noticed it a while ago with a Zac Efron film that I’d already seen, but Netflix kept showing me it as a Michael B Jordan movie.”

She thought it was odd at first but then assumed that everyone must be shown the same posters. To her, Netflix’s ambition to satisfy its diverse membership is failing to match up to its content. “There was 30 minutes of a romcom I ended up watching last week because I thought it was about the black couple I was shown on the poster. I want to see those stories. They know I want to see those stories. Why don’t they just make more of them?”

The microtargeting goes beyond viewer ethnicity.

In a company blogpost explaining the technology, Netflix showed how the 1997 Oscar-winner Good Will Hunting would be presented to different users: for heavy romcom watchers, the poster would show Matt Damon and Minnie Driver kissing. For comedy fans, it would be a solo image of Robin Williams. There was no mention that if you watched the Wayans brothers oeuvre or Dear White People, your homepage would convince you that The Crown is a more diverse show than it is.

I usually watch shows that I have specifically selected based on what I have read or heard about them and never go by Netflix’s recommendations. As far as I can tell, Netflix has not pegged me for a black viewer though given my somewhat eclectic tastes, their recommendations for what they think I might like are sometimes wildly and amusingly off. I did watch the film Dear White People but that was not sufficient for Netflix to peg me as black. I have queued up the TV series but have not watched it yet. It will be interesting to see if the still photos change after that.