A xenophobic flyer was distributed during school board elections in the town of Edison, New Jersey. Under the header “Make Edison Great Again”, it pictured ethnic Chinese and an ethnic Indian candidates with their photos having the stamp “DEPORT” on them followed by the statement “Stop Jerry Shi and Falguni Patel From taking over our School Board” 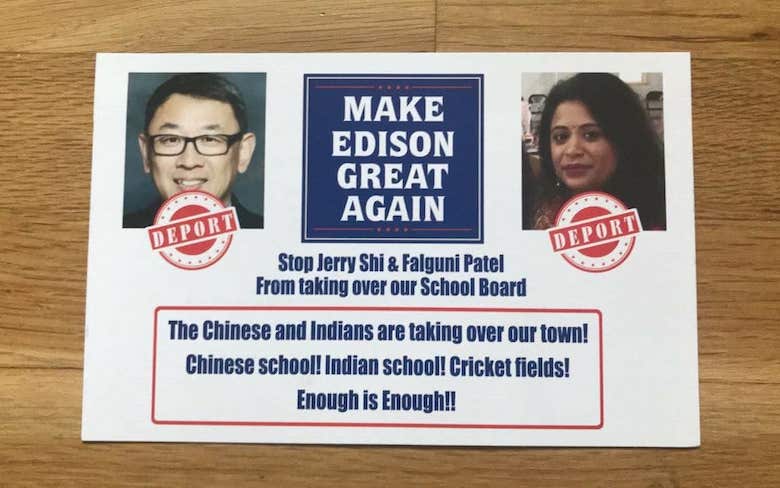 But what caught my attention was one of the statements that indicated the lack of greatness of Edison and that was the increased presence of (oh, the horror!) cricket fields!

One can see why Trump supporters might view the presence of cricket fields with concern. Allow cricket to gain popularity and who knows what will come next? Tea breaks in the afternoon? Wearing of bowler hats? We all know that these things are what led to the collapse of the British empire.

Unfortunately for the anonymous Trumpkins behind the flyer, both candidates won. Running a xenophobic message may not have been a good idea when 45% of the town was born abroad.

Expect to see all the baseball and football fields in Edison replaced by cricket and soccer ones.