It is astonishing sometimes to look back at the kinds of things that were considered acceptable in the past. What is worse is to see some of those attitudes making a comeback now. Mark Frauenfelder points to a post by someone known as Saint Hoax titled MAKING AMERICA MISOGYNISTIC AGAIN who has taken advertisements from the past that are horribly demeaning and abusive towards women and superimposed actual quotations from Donald Trump on them.

Here’s one of them. 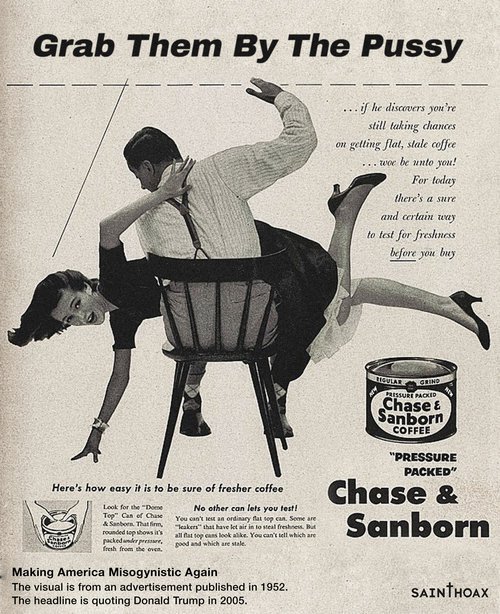