These are among the sharpest political satirists around today and of course they addressed the Trump recording and the debate.

Samantha Bee was on fire. During her riff on Trump’s bus recording, she provides an amazingly long list of euphemisms for vagina. I had no idea.

Here is Bee on the debate

At the last debate, the last question asked each candidate to say one thing they respected about the other. This was an awkward one and since Clinton had to answer first, she had to think quickly. I myself wondered what I would say about Trump if I were suddenly asked such a question and had to respond at once. Jen Sorenson imagines what went on in Clinton’s mind before she hit upon an answer. 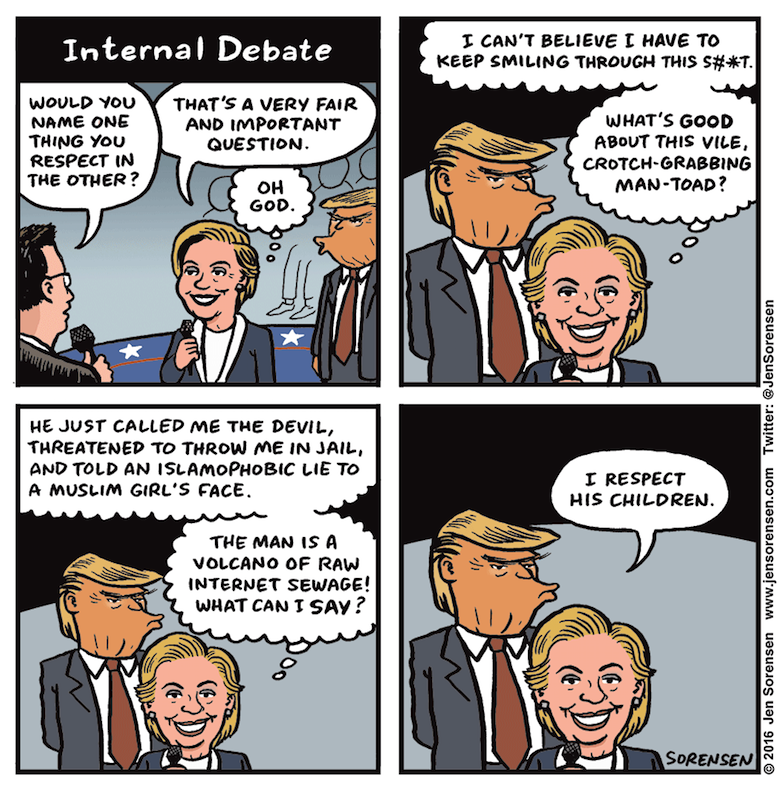 Full speed ahead and damn the torpedoes! » « More evidence for a post-religious era