Donald Trump’s sons apparently like to indulge in ‘big game hunting’, a disgusting activity where people kill large land mammals just for the hell of it, even though those animals are losing their habitats and their numbers are running low.

Samantha Bee ridiculed Eric Trump in a tweet for this in the context of his remarks about how strong women would never allow themselves to be sexually harassed, and posted a photo of them with their trophy. 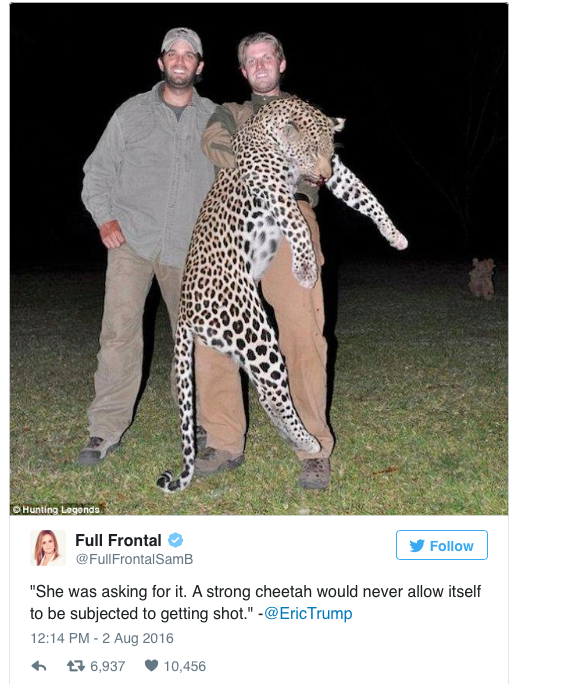 But she mistakenly identified the dead animal as a cheetah when it was in fact a leopard. Supporters of such hunting made fun of her for her trivial mistake, as if it negated the substance of her remarks. It is similar to the way that supporters of easy gun availability will seize upon misidentification of weapons due to subtle differences to suggest that the critics’ opinions have no weight.

But Bee used the occasion to issue a backhanded apology and provide additional tweets that were more hilarious than the original tweet.

As I have said repeatedly, you take on a professional comedian who has her own show and staff of writers at your peril. You will always come out worse.