I received a photograph from the organizers of the interfaith discussion last Thursday and post it to give you a sense of the occasion. 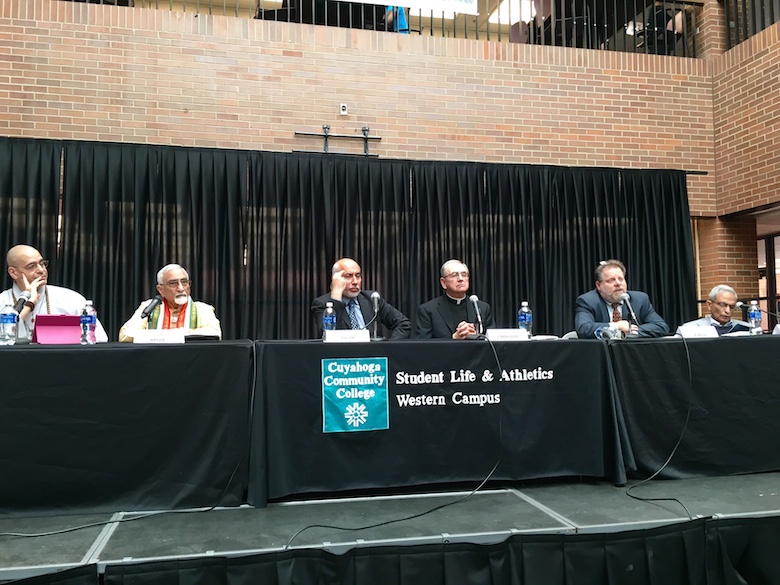 The order from left to right is Buddhist, Hindu, Muslim, Christian, Jew, and Atheist. As you can see, the Buddhist and Hindu came in religious garb and looked pretty snazzy and would have easily won any award for the best dressed. The Catholic priest wore their standard boring uniform of black suit, black shirt, and dog collar, and the Muslim and Jew wore suits and ties, with the rabbi also sporting a yarmulke. The atheist (me) was his usual badly dressed self.

As you can see in the photo, I was busy trying to take notes as the rabbi next to me spoke.

This evening I will be on another similar panel that I wrote about yesterday but this one is a closed event (I think) meant just for members of the university community. I say ‘I think’ because I have not seen how the event if being advertised or to whom.

A good week for Bernie Sanders » « How can people get kicked out of their homes like this?