This crash test video provided by Consumer Reports in which a 2009 model car has a frontal offset collision with a much heavier 1959 model shows how much safer cars are now despite being much lighter.

The many features that make them safer were because of government regulations that were forced on manufacturers. Ralph Nader’s pioneering work played a large role in spurring those regulations and saving a huge number of lives and crippling injuries.

Cartoonist Mike Luckovich imagines what might have happened if the opponents of government regulations were as strong back in 1968 as the ones we have now in the hysterical way they react to gun control safety measures. Our cars would still be death traps. 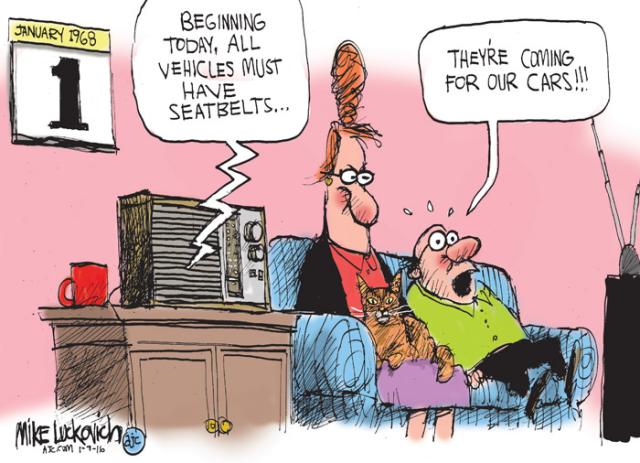