I generally dislike talking on the phone. I can do it if necessary, and can talk for long times on occasion but it is always a relief to hang up. I don’t know why this is so but when I see so many people with their eyes transfixed to their phones, I assumed that I was in a minority. But it appears that that may not be the case.

Ian Bogost argues that although phones are now ubiquitous, they are being used less and less for actual old-fashioned telephony, where one initiates a call and talks in real time with some one else, because people find it increasingly distasteful.

Why? One reason he says that this is because when compared to the old-land lines, the quality of sound on modern mobile phones is terrible.

On the infrastructural level, mobile phones operate on cellular networks, which route calls between between transceivers distributed across a service area. These networks are wireless, obviously, which means that signal strength, traffic, and interference can make calls difficult or impossible. Together, these factors have made phone calls synonymous with unreliability. Failures to connect, weak signals that staccato sentences into bursts of signal and silence, and the frequency of dropped calls all help us find excuses not to initiate or accept a phone call.

By contrast, the traditional, wired public switched telephone network (PSTN) operates by circuit switching. When a call is connected, one line is connected to another by routing it through a network of switches. At first these were analog signals running over copper wire, which is why switchboard operators had to help connect calls. But even after the PSTN went digital and switching became automated, a call was connected and then maintained over a reliable circuit for its duration. Calls almost never dropped and rarely failed to connect.

Bogost goes into some interesting technical details about why it is that the sampling technology and digital standards that were set when we used landlines and that worked well for them (cutting off high frequencies in the sampling process) have resulted in poor sound quality when we use cell phones, and this was partly due to the fact that we did not anticipate that the environment in which we used our phones would change.

That wasn’t necessarily an issue until the second part of the problem arises: the way we use mobile phones versus landline phones. When the PSTN was first made digital, home and office phones were used in predictable environments: a bedroom, a kitchen, an office. In these circumstances, telephony became a private affair cut off from the rest of the environment. You’d close the door or move into the hallway to conduct a phone call, not only for the quiet but also for the privacy. Even in public, phones were situated out-of-the-way, whether in enclosed phone booths or tucked away onto walls in the back of a diner or bar, where noise could be minimized.

Today, of course, we can and do carry our phones with us everywhere. And when we try to use them, we’re far more likely to be situated in an environment that is not compatible with the voice band—coffee shops, restaurants, city streets, and so forth. Background noise tends to be low-frequency, and, when it’s present, the higher frequencies that Monson showed are more important than we thought in any circumstance become particularly important. But because digital sampling makes those frequencies unavailable, we tend not to be able to hear clearly. Add digital signal loss from low or wavering wireless signals, and the situation gets even worse. Not only are phone calls unstable, but even when they connect and stay connected in a technical sense, you still can’t hear well enough to feel connected in a social one. By their very nature, mobile phones make telephony seem unreliable. 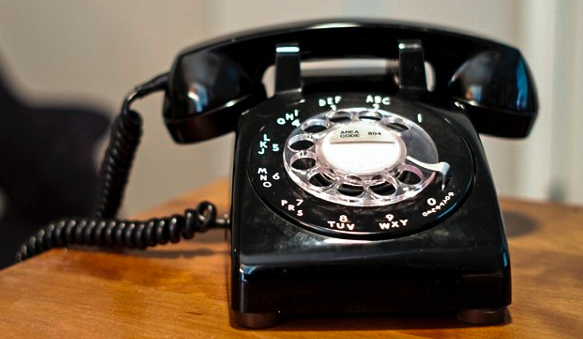 He also says that the design of new phones, where miniaturization has made the speakers and microphones tiny and manufacturers have sought to make them invisible, have none of the features that made talking on the old phones so pleasurable, and concludes:

The 500 handset is solid and hefty while not being too heavy to lift and hold for long periods. That it could be held at all, and that we would enjoy holding it—this is an unsung virtue of the handset. Whether grasped at its center like a handle, cradled at the rounded mouthpiece base with the thumb and forefinger, or wedged between the ear and the shoulder to allow the use of both hands freely, the 500 handset conforms to the ergonomics required for listening and speaking.
…

The next time you find a pay phone or an old Western Electric 500 (try any antiques store), pick it up and hold it to your head. The speaker covers the ear almost completely, its punctured concave chamber allowing the head and ear to move in relation to the handset without compromising the sound’s pathway to the ear. And on the speaking side, you might be surprised to remember that your mouth presses up directly against the 500’s microphone enclosure, where dozens of apertures in the plastic cover direct audio toward the convex microphone it contains. Given the limitations of the voice band and PCM sampling, these design choices maximized the telephone’s ability to contain and direct speech while limiting noise pollution and increasing privacy.
…

Telephone calls haven’t declined because we have become anxious or lazy. They’ve fallen out of favor because using the telephone feels mechanically ungainly as much as socially so.

My office phone is very modern using VOIP technology and has all manner of nifty features. But I notice that the handset is very similar in design to the old Western Electric 500 handset and the sound quality is pretty good. So these things are not entirely dying out.