Today is Mother’s Day that, along with Father’s Day and Valentine’s Day and Sweetest Day and Secretary’s Day and who knows what else, are heavily promoted by businesses in order to get people to buy stuff out of guilt that if they don’t spend heavily on their mothers, that means they are not dutiful and caring children. It also enables some people to think that remembering their mothers on this day and sending her a gift or a card means that they can pretty much ignore her the rest of the year.

In my family we had a firm policy of ignoring these bogus ‘special’ days. To do anything special meant that you had been suckered by Madison Avenue. But such is the power of social pressure that our children call on Mother’s and Father’s days anyway, though they know that we would not care if they didn’t. I would not even notice the day were it not for the newspaper and radio featuring stories about it, advertisements promoting it, and many of the Sunday comics using it for material.

This year, some commentators are calling for Toya Graham to be declared ‘Mother of the Year’. She was the woman who was recorded smacking her 16-year old son on the head and sending him home when she saw him on the streets in Baltimore during the riots.

Many conservative commentators seized on this viral video as confirmation of their view that the real problem is not police abuse of poor and minority communities but lack of parental control and discipline in those communities. They ignore the fact that part of Gray’s reason for taking this action was that she felt that her son might suffer the same fate as Freddie Gray and die at the hands of the police, a fear shared by many black parents. 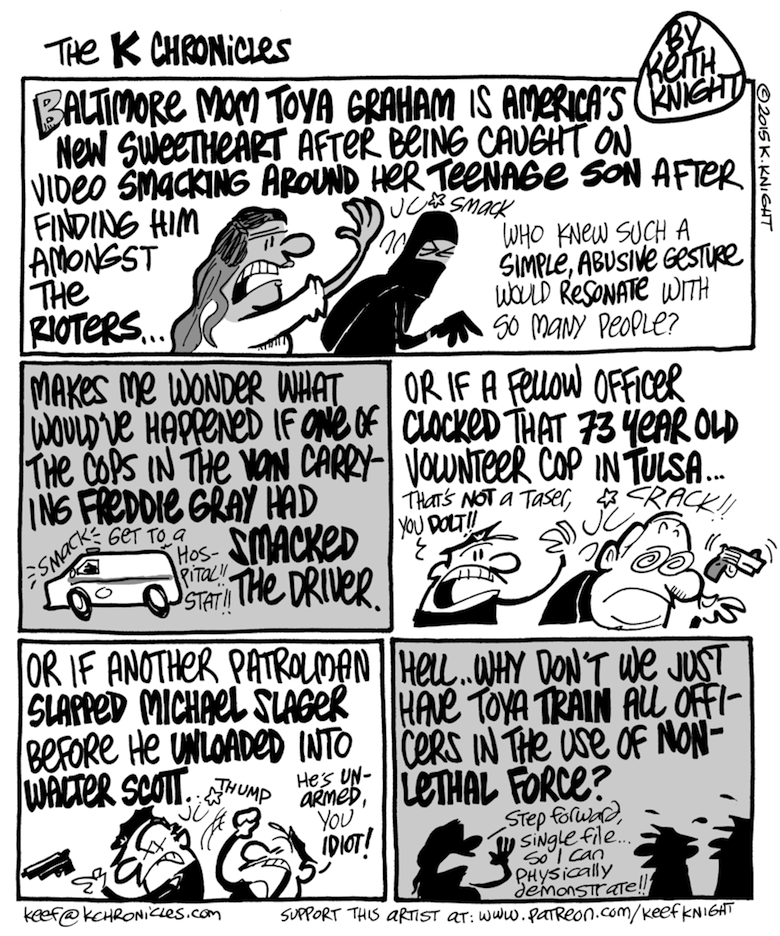