In the light of all that we have learned in the last few months, let’s recap where we are: We have a government that collects everyone’s communications data in secret and stores them, justifying the practice by using secret interpretations of the law and getting authorization to do so from a secret court that issues secret rulings, telling a handful of congresspersons in secret just a little of what they are doing, and putting people on secret kill lists and secret no-fly lists on the basis of criteria that are secret.

And this is supposed to make us feel safer? 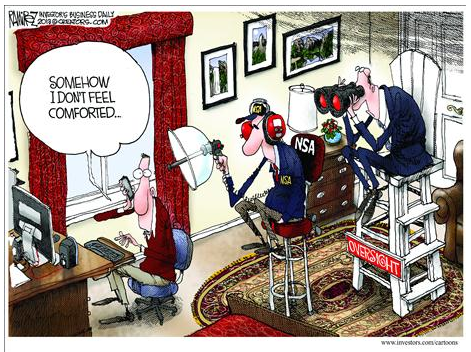 How to shop safely while black » « Wait staff have to pay the tab when restaurants get stiffed?