I’ve been an aquarist for a few decades, but the largest aquarium I’ve ever owned was 29 gallons. I was more about assembling many aquaria, and I think maybe the largest total capacity I’ve ever had was about 150 gallons. Every aquarist has the nightmare of something happening to the aquaria — I remember George Streisinger (the original zebrafish guy) recounting his terrible dream about the quonset hut where the entire initial zebrafish colony was housed having a catastrophic collapse and all his work getting wiped out.

This is a setup for the fabulous Berlin AquaDom, a giant million liter aquarium housing about 1500 exotic fish. Here it is, isn’t it beautiful? 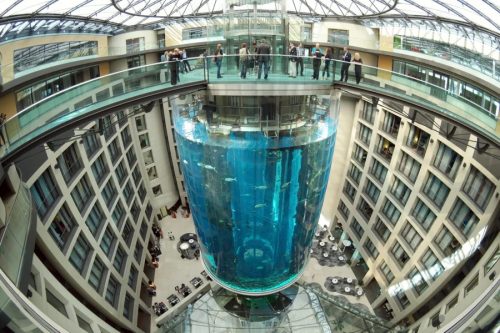 Fantastic. I wonder what kind of nightmares the owners had? Because they all just came true. 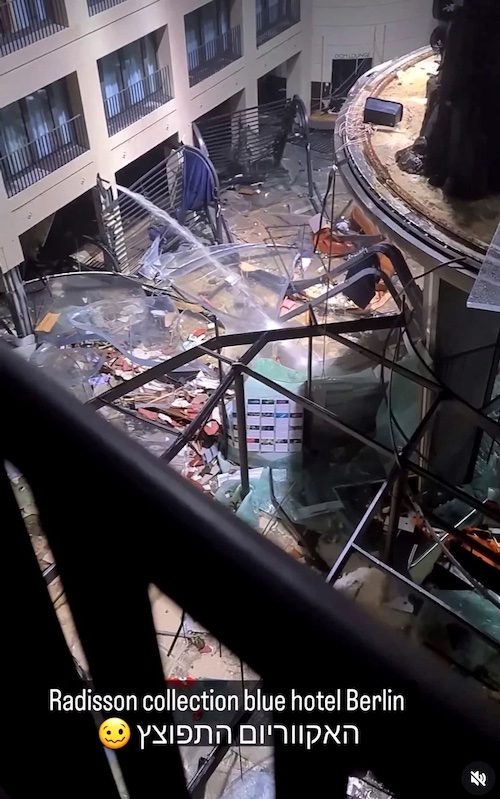 There was speculation freezing temperatures that got down to minus 10 degrees Celsius (14 degrees Fahrenheit) overnight caused a crack in the acrylic glass tank, which then exploded under the weight of the water. Police said there was no evidence the incident resulted from a malicious act.

The Gräderdämmerung » « Worst time of the year for travel