Former president Donald Trump said Monday that the FBI had raided his Mar-a-Lago Club and searched his safe — activity related to an investigation into the potential mishandling of classified documents, according to two people familiar with the probe.

This trivial act seems to have thrown the MAGAts into hysterical fits. 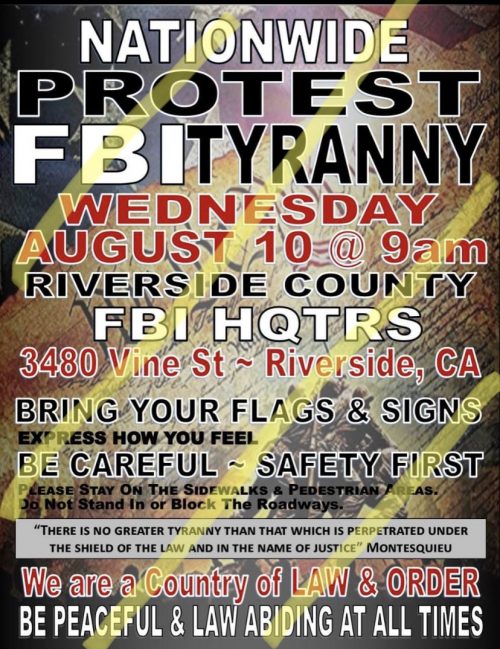 I’m sorry, but if you weren’t outraged at the killing of Breonna Taylor, you should sit this one out. This “raid” was practically deferential — they got a formal warrant, guys in suits walked in and searched for some papers, and they walked out. That’s what the justice system ought to do, getting a warrant to respect privacy concerns, and using it to undramatically gather information. Do the right-wingers think Trump had something to hide?

Of course, the media is also in a tizzy.

Searching a former president’s property to look for possible evidence of a crime is highly unusual and would require approval at the top levels of the Justice Department. It represents a historic moment in Trump’s tortured relationship with the Justice Department, both in and out of the White House.

Why is it unusual? Why does it require unusually high levels of approval? The guy is a private citizen. The process should require no greater care than searching my home or your home or anyone’s home. An ex-president should have no greater rights than anyone else. I thought this country was supposed to be founded on a principle that there is no aristocracy? (As with most myths about the founding, that one’s a lie.)

Meanwhile, you know that Trump was sloppy and heedless of confidentiality issues. His entire gang is. Would you believe that part of the fallout from Alex Jones phone data is that he had a naked photo of his wife that he sent to Roger Stone? I’m more dismayed by that than that the FBI served a lawful warrant and gathered documents that might (emphasis on “might”, they might exonerate him. Ha.) be embarrassing to a shameless ex-president.

Wait, that’s not a spider » « Undergraduates: xkcd is not a good source for career advising