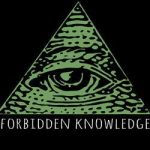 Nora Reed has compiled a list of abortion information at abortion.cafe. It’s short and to the point, and might become illegal soon.